THE PERFORMANCE | Bloodline gave Chandler one of the biggest challenges of his career in Season 2. The Emmy winner (for his signature role of Coach Taylor on Friday Night Lights) was tasked with convincing viewers that his character, Rayburn family golden boy John, was capable of becoming a quasi-serial killer. And we’ll be damned if Chandler didn’t succeed.

As we pointed out in our Dream Emmy entry, the actor spent nearly all 10 episodes of Season 2 as a tightly-wound, F-bomb-dropping powder keg, as John tried desperately to cover up the fact that he’d murdered his brother Danny in cold blood. With each lie John spun, his behavior grew more erratic. Yet his portrayer, miraculously, managed to make his actions relatable.

And Chandler saved his best for last — Part 23 (aka the season finale). When John’s siblings and co-conspirators Kevin and Meg made it clear that they were done protecting their big brother, the betrayal cut into him like a chainsaw on full blast. “Am I the only one in the family who has ever taken any responsibility for anything?” he raged. “I have always f—ing taken care of everyone.”

Feeling more isolated than ever, John then kidnapped the clusterfrak’s one remaining loose thread and held him at gunpoint. In a lesser talent’s hands, the scenario would’ve seemed ludicrous. But Chandler deftly depicted an otherwise decent man pushed to the proverbial brink, prepared to commit a second murder if it meant putting the nightmare behind him and his family. Ultimately, John didn’t pull the trigger. Chandler, on the other hand, went out guns blazing. 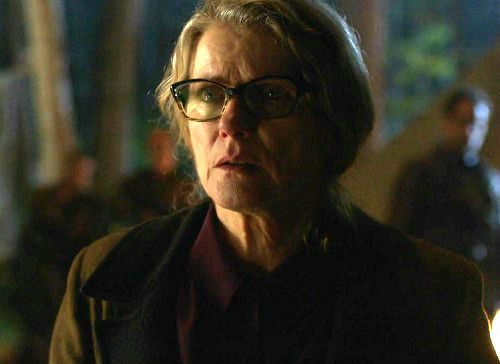 HONORABLE MENTION | We’re used to getting verklempt while watching emotional family dramas, but time-tripping, post-apocalyptic sci-fi shows? Not so much. However, Barbara Sukowa’s performance during 12 Monkeys’ mother-daughter reunion was as moving as any episode of Parenthood. The wonder, shock and joy on the actress’ face when Katarina saw her little girl, whom she thought had died during the outbreak, gave the scene a quiet, heart-rending authenticity. Sukowa’s smallest gestures during the scene were imbued with so much meaning and emotion, like when her fingers carefully grazed her child’s face as though she couldn’t believe she was really there. If the end of the world means getting to witness revelatory moments like this, then we say bring on the apocalypse. 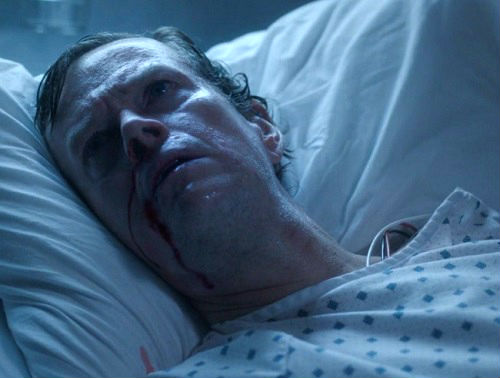 HONORABLE MENTION | Dylan Baker‘s character on The Americans was kind of a curmudgeon-y pain, but you had to feel for him as he languished on his deathbed in the Season 4 finale. In William’s final moments, Baker showed us a man coming to grips with the consequences of his actions as the bio-weapon he helped develop ate away at his insides, literally and metaphorically. But as William looked death in the eye, Baker depicted a man still committed to the proverbial cause — even in the ominous presence of the FBI. Someone give the man his Coke, already.