It would be unwise to accuse Freeform’s new mystery drama Guilt (premiering Monday at 9/8c) of playing innocent. Not only does it feature a central protagonist who may have killed her roommate, but there are also plenty of other scandalous elements.

“I actually watched the pilot with my mom, and at one point, she turned to me and said, ‘This is a little racy,'” Kathryn Price, who co-created the show with Nichole Millard, recalls with a laugh. “There’s a sex club. There’s a lot of murder and violence and drugs.” (Not to mention, a member of the British royal family is connected to one of those not-so-princely extracurricular activities!)

Despite the more adult content in the series, which was originally developed for a broadcast network before landing at the cable channel, the execs at Freeform (then known as ABC Family) “assured [Nichole and I] that they really wanted to change their brand and appeal to an older, edgier audience,” Price says.

TRUE-CRIME | While “there are things from” the Amanda Knox case in the show’s setup – American student Grace (played by The Syndicate‘s Daisy Head) is suspected of killing her London flatmate; Knox served almost four years in an Italian prison for the murder of her roommate – “it’s an amalgamation of a lot of different cases,” including some infamous celebrity ones, Price says. “Over the last 10 years – even dating back to the O.J. trial – all these sensational murder cases that have become this international media storm were really interesting to us. We were really fascinated by the idea of taking one case and looking at it from all of these different points of view: the suspect, the police, the defense attorneys and the media.” 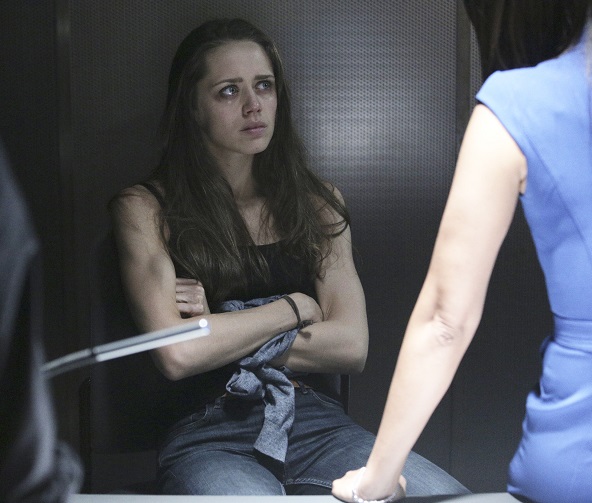 A KILLER PERSONALITY? | Although Grace is clearly stricken by her roomie’s death, she quickly becomes a person of interest thanks to her erratic behavior. “Grace is very bright, but very impulsive and unpredictable,” Price describes. And viewers will be kept wondering if that means the young woman had it in her to kill someone. “We didn’t want this show to be like The Fugitive, where you know the person was wrongfully accused and you’re just waiting to see if they can clear their name. We really wanted to not know, for this season, whether Grace was guilty or innocent. Grace is very much on this razor’s edge of, ‘Is she just an innocent victim in all of this, too? Or is she a sociopath who brutally murdered her roommate?'” The answer to that question will be revealed sooner rather than later: “We are committed to revealing who the killer is and why by [the Season 1 finale],” Price promises.

THE MORAL COMPASS | As the only character who wasn’t in London at the time of the murder, Grace’s sister Natalie (Vinyl‘s Emily Tremaine), a Boston lawyer who comes to her sibling’s defense, “will be the point of view that [the audience] can relate to the most, because she’s our most reliable narrator,” Price says. “You can trust her. She wasn’t there. She has no motive.” 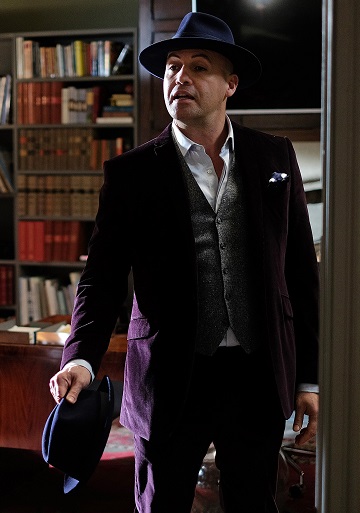 A FAMILY REUNION | If you notice a resemblance between Grace and her stepfather James, you’re not crazy. The pair are played by real life daughter and father, Daisy Head and Anthony Head. A visit to the set turned into a recurring gig for the Buffy alum, who sports an American accent for the role.

Are you excited for the debut of Guilt? Hit the comments with your thoughts!