Girl Meets World is once again turning back the clock, this time with the help of a familiar face — or at least a familiar name.

Ocean Maturo, brother of August Maturo (aka Auggie Matthews), will play a younger version of Auggie during a flashback in an upcoming Season 3 episode, TVLine has learned exclusively. 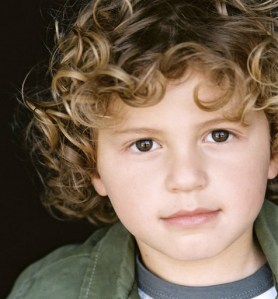 And here’s a fun fact: Ocean Maturo played baby Michael in the first season of American Horror Story, which means he’s one of the few people on this planet fortunate enough to have touched Connie Britton’s hair. I call them “The Lucky Ones.”

Girl Meets World kicked off its third season last week, sending Riley and her friends off to high school, where they were immediately taught a lesson in friendship by three guardian-angel seniors. Auggie, meanwhile, did his best to help Ava accept that her parents’ divorce isn’t her fault. (So many changes. So many emotions.)

Maturo is represented by Smith & Hervey/Grimes Agency and LINK Entertainment.

Your thoughts on Girl Meets World Season 3 thus far? Drop ’em in a comment below.