When you’re Breaking Bad you do it at a breakneck pace, a House of Cards is dealt thoughtfully and a Wet Hot American Summer is best enjoyed leisurely. Such are among the results of a Netflix study measuring how quickly people consume entire seasons of a show, and which types of programs are binged fastest.

Analyzing customers’ bingeing of an 100 serialized TV series across more than 190 countries, Netflix found that the median days to complete the first season of a series was five, while the median hours-per-session for completers was 2 hours, 10 minutes. For the purposes of Netflix’s Binge Scale (detailed and displayed below), series viewed less than two hours per day were identified as “Savored,” while those viewed more than two hours per day are said to be “Devoured.”

Check out where your recently binged series land on the scale below, tell us if the level or Savor vs. Devour matches up with Netflix’s findings. 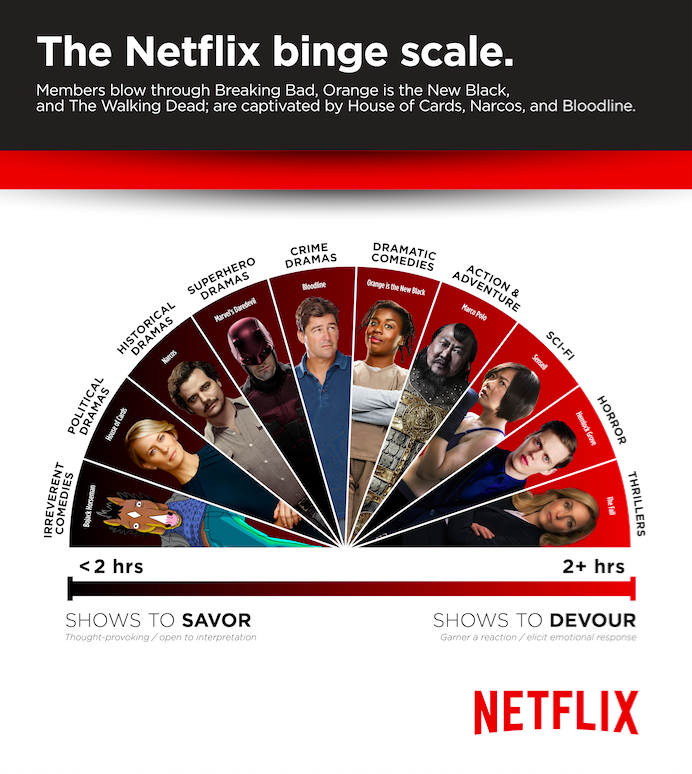