Not since Desperate Housewives dropped a tornado on Wisteria Lane in 2007 has ABC hyped a game-changing event like this week’s Bachelorette two-parter. And just like that ratings-grabbing twister, Hurricane Chad proved a truly destructive force — and even more full of hot air.

While JoJo spent the first half of Tuesday’s episode romancing various sexy loaves of white bread — I was really worried about Luke getting too soggy in that hot tub — the true star of the show, the one with the undiagnosed roid rage, spent the hour making his own long-lasting connections. (Not with the other contestants, of course, but with nature. In fact, if Chad gains another forest friend, I’m going to have start calling him Snow White.)

After being excluded from the first few rounds of dates — including one of the bloodiest football games I’ve ever witnessed — Chad finally got some alone time with JoJo in the woods. (And by “alone,” I mean he enjoyed a 2-on-1 date with Alex, the one guy in the house capable of figuratively and/or literally burying him in those aforementioned woods.)

Unfortunately for Chad, Alex couldn’t resist running his beautiful mouth, allowing JoJo to finally see him for the hot mess he really is. And because JoJo doesn’t have the Jekkyl-and-Hyde fetish required to date a walking nightmare, she wad forced to set Chad free. (And I do mean she set him free. It’s unclear whether or not she just let him loose in the woods. We didn’t really see what happened to him .)

Peruse our gallery of Chad’s best/final moments below, then drop a comment: Are you glad he’s gone? Who’s your pick to win the JoJo’s heart? And do you think Chad is still out there in the woods somewhere? 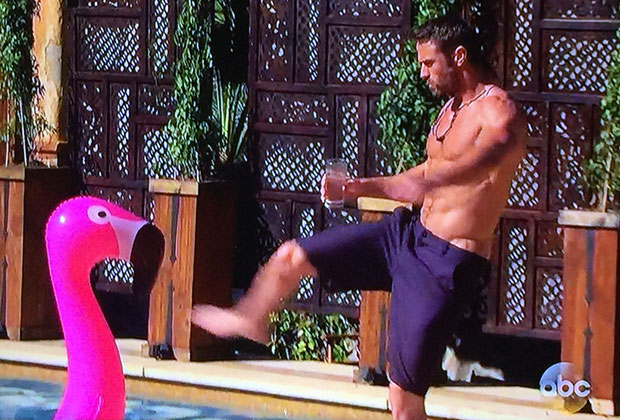