You’d think we’d be used to seeing the Pretty Little Liars standing in a police lineup by now, but it still feels like the first time every time.

Freeform on Tuesday unveiled the official poster/key art for the drama’s upcoming seventh season (June 21, 8/7c), which finds Aria, Alison, Emily and Spencer flashing their pretty little mugs for the Rosewood Police Dept. (“Say cheese, girls!”) Following Hanna’s kidnapping at the end of Season 6, Ashley Benson does not appear on the poster: 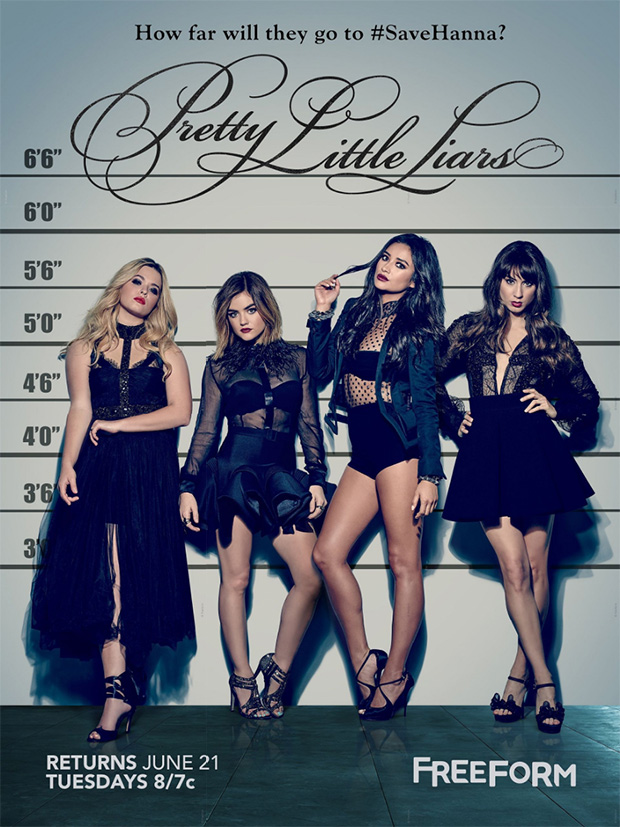 In addition to being the “most romantic season ever,” the upcoming batch of episodes will also push the Liars to their breaking points; the official trailer, for example, finds them tearfully digging a hole in the woods while Spencer mutters something about “murder” under her breath.

Season 7 will also welcome a few familiar faces back to Rosewood. In recent weeks, we’ve learned that Jenna (blind or not?) and Noel will make their first appearances on PLL since the network was still called ABC Family.

Your thoughts on Pretty Little Liars‘ official Season 7 poster? Hopes for (what could be) the drama’s final outing? Drop ’em all in a comment below.