Has the worst come to pass on Jane the Virgin? To those who have long worried that Michael isn’t long for this world — more on that below — it sure seemed like the Grim Reaper had come to claim his victim. 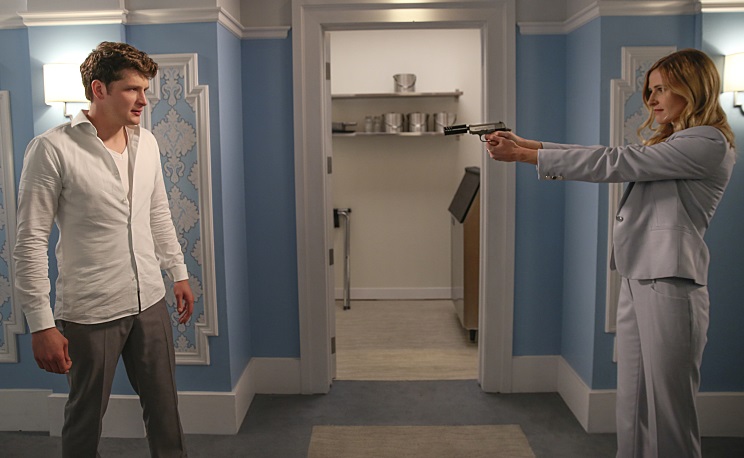 After Michael finally married his longtime love Jane, his happy ending got cut short in the closing moments of the Season 2 finale when his police partner Susanna was revealed to be the crime lord Sin Rosetro. While the detective made the connection, he didn’t make it quickly enough to avoid getting shot by the evil mastermind. Worst of all, the bullet appeared to have struck him right in the heart. (Talk about a heartbreaking cliffhanger!)

The scene was particularly ominous, given the theory hatched during Season 1 that Michael would meet an early end. (You can thank this line from the narrator for all the speculation: “And for as long as Michael lived, until he drew his very last breath, he never did” stop believing that he and Jane were meant to be together.)

But is Michael’s future as bleak as it seems? Could he make it out alive, with a classic telenovela twist? Or will the CW series make Jane a young widow?

Rewatch the shooting below, then vote on your predicted outcome.