The premiere of CBS’ D.C.-set BrainDead — from The Good Wife creators Robert and Michelle King — is peppered with numerous video clips from the current presidential race. And those nods will be updated until the last possible second, even with six primaries being held today, less than a week before the comedic thriller’s Monday, June 13 launch.

“Here’s the thing: [Democratic hopeful Bernie] Sanders will still be in the episode even if he drops out after Tuesday, because we can’t change it after Tuesday,” Robert King shares with TVLine. “But what we’ve been trying to do, episode to episode, is change what’s on the green screen right up until the last moment.”

Case in point: The “infected” (more on that in a moment) senator played by three-time Emmy winner Tony Shalhoub (Monk) will in one episode utter his own variation of presumptive Republican nominee Donald Trump’s infamous “Here’s my African-American” statement, made at a June 3 rally. “On The Good Wife, what was always fun was trying to play current as much as you could, and we’re trying to do the same thing here,” says Robert King. “We’re going to change lines as much as we can at the last minute.” 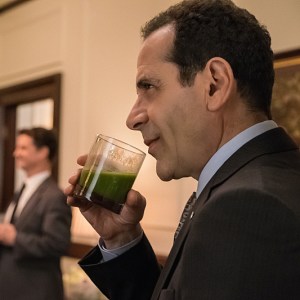 a pair of warring senatorial camps — pitting Mary Elizabeth Winstead (Mercy Street) and Danny Pino (SVU) against Aaron Tveit (Graceland) and  Shalhoub — as the U.S. government faces a shutdown. Oh, and did we mention that there are strange bugs that are crawling into people’s ears, pushing out glops of their brains and thus altering their personalities…?

Even so, real political life sometimes “imitated” art as the series took shape. For example, as the BrainDead writers room assembled last year, one pitch involved “a Supreme Court justice dying, and having somebody else put in,” Michelle King says. “We rejected it because it felt a little absurdist and too far out. And then sure enough” real-life SCOTUS veteran Antonin Scalia passed away this past February.

Explaining the origin of BrainDead‘s out-there premise, Robert King says the real-life, 16-day government shutdown in 2013 “was a very odd moment because people no longer seemed to be working strategically for ends they could achieve. It all seemed to come from a certain extremism… almost as if 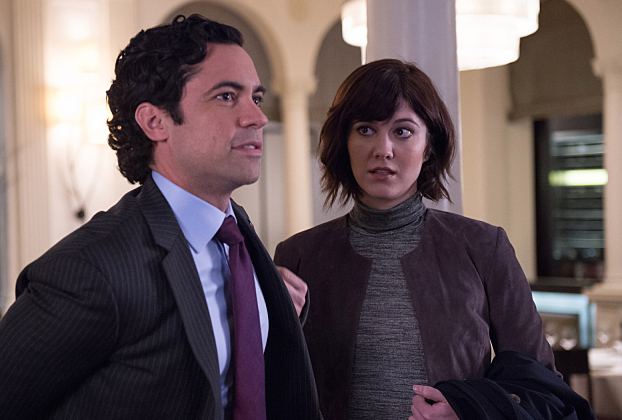 people were overtaken by a ‘virus’ or something. There was a connection we made between that and horror movies like Invasion of the Body Snatchers. We wanted it to be fun in those Roger Corman-movie kind of ways.”

As such, the summer drama — for which the Kings have a four-year plan, moving the setting to Wall Street, Silicon Valley and then Hollywood — will serve up a quite different kind of humor than their previous, acclaimed, seven-season series.

“The Good Wife was always meant to be a little bit funny. [BrainDead] is a more unrestrained sense of humor,” says Robert King. “But if the audience gives it a chance, they’ll see that the Laurel and Gareth (played by Winstead and Tveit) relationship is very strong and very much in the Good Wife mode.

Will you be tuning into BrainDead on Monday, June 13?