UnREAL‘s Rachel has a fancy new job title in Season 2 — one that she’ll have to fight to keep.

On the bright side, there’s a new man (played by Jane the Virgin‘s Michael Rady) in Rachel’s life who may be just what she needs. But between trying to keep her sanity, dealing with her mean-spirited ex Jeremy and extricating herself from Quinn’s control, the upstart has her hands full, the actress details below.

TVLINE | What does it mean for Rachel to be the showrunner?
It means that Quinn (played by Constance Zimmer) trusts her. They have moved past some of the problems that she’s had in the past. They are giving her respect and acknowledging that she is a vital part of making Everlasting the successful show that it is, so it really feels incredible to Rachel. And the fact that having a black suitor (Agents of S.H.I.E.L.D.‘s B.J Britt) is her idea, that something she’s been advocating for years [is] actually happening, really makes her feel like she’s growing and doing something worthwhile with her life. 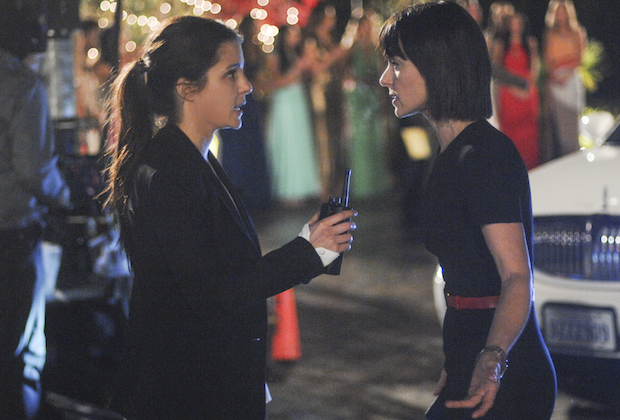 TVLINE | Coming off last season, how has the dynamic between Rachel and Quinn changed?
Now that Rachel has more power, it’s like she’s trying to become more independent of Quinn. She’s really fighting for that, to be on her own. They have to almost be pulled apart to realize that maybe they do need each other.

TVLINE | Is Rachel looking to Quinn as the ideal of what she wants to be like as a showrunner?
There are a lot of things that Quinn does that Rachel would like to emulate, but Rachel wants her opportunity to do it in her way. She’s not really commanding the show in the same way that Quinn does. It would be hard to.

TVLINE | There were some hints last season that Rachel may have mental issues – or at least her mother thinks so. Do you think there’s something wrong with her?
I just think she’s been in a really bad situation for a long time, with her mother prescribing her pills and being her shrink since she was a young girl. Then, she’s in another unhealthy environment. She’s, obviously, a workaholic, because it gives her something to do and not think about what’s going on in her life. But at the same time, Quinn is also trying to control her. She seems to be in these very unhealthy relationships with very strong women, and it makes her question whether or not she’s actually healthy.

TVLINE | Where is she at mentally and emotionally in Season 2?
She goes on a roller coaster ride, for sure. But Rachel really is a survivor, so it’s almost like every episode, she’s asking herself how much more can she take. “Is this as bad as it gets? Is this rock bottom?”

TVLINE | The professional lines got blurred between Rachel and Adam (Freddie Stroma). What is her relationship like with the new suitor, Darius?
The lines are definitely more defined than they were with Adam; it’s more of a professional relationship. She has respect for him in the sense that he’s accomplished [as a star football QB], he’s successful in his own right. He seems to be a very strong man. She does get him to trust her, but they’re not nearly as close as Rachel and Adam were.

TVLINE | The men in Rachel’s life in Season 1 sparked a lot of fan passion – and some dislike, as well. How did you feel about her relationships with Adam and Jeremy (Josh Kelly)?
They were both really wonderful actors, and structurally, really interesting characters in that Adam really represented a fairy tale life that Rachel could have, and Jeremy really represented this normal, easy life. It was interesting that she was exploring both of those options at the same time. Unfortunately, she burnt down one, and the other one really blew up in her face. It’s not surprising that she’s back to square one.

TVLINE | Jeremy did something really deceptive by going behind her back to her mother. Where do he and Rachel stand after that? 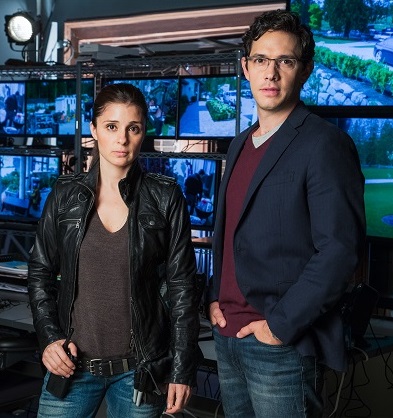 They do not start off [Season 2] as friends, by any stretch of the imagination.

TVLINE | We’ve seen Rachel mix work and pleasure before with Adam and Jeremy. What’s different about her new love interest (Michael Rady)?
He seems like he could be the perfect fit. He comes from a nice family. He works in documentary films. He’s had success making things that have been well-received. He seems like somebody that could stand up to Quinn for Rachel and be a viable option for a partner in life.

Want more scoop on UnREAL, or for any other show? Email insideline@tvline.com and your question may be answered via TVLine’s Inside Line column.