NBC’s Game of Silence made some noise with what would be its series finale. Did the Quitman boys exact justice for the warden’s past crimes?

Though Jackson & Co. seemed to have handed Detective Winters and her FBI pal a closed case — having found Petey’s grave on land purchased by Carroll after the youth’s suspicious death — Carroll deflected the charges by throwing Red (vanished) and Bobby (dead) under the bus. Still, Carroll is spooked by the close call, so he drives to the ranch to prepare for his big speech. There, Bolo Tie shares his suspicions about Jessie, saying she’s possibly a mole for the opposition — but Ray isn’t buying it.

After making peace with Marina — who in turns reveals that she is pregnant (with a boy, she later learns) — Jackson and the others realize they need Terry and/or Dennis to come clean about their role in Petey’s murder, and implicate Carroll to boot. Alas, though they are able to compel clergyman Dennis to confess to the DA, it turns out he doesn’t rat on Carroll.

Marina meanwhile gets a visit (and a pregnancy gift) from Diana Stockman. Jackson’s fiancée presses Diana about her ties to Ray Carroll, seeing as he is about to get slapped with a murder rap (or so she believes). Diana plays it cool (but is obviously rattled), saying that Marina’s savviness is precisely why she hired her.

With Dennis suddenly lawyered up, Jackson turns to Terry to tell the truth, pointing out that the warden went out of his way to ensure that duress was not a defense for the one who put down Petey. Terry suspects, rightly, that Jackson is wearing a wire, and a shootout with the feds ensues, but he escapes after being shot. Later, Terry calls Winters to fetch him his go bag, lest her brother get killed. Jackson though assures Liz that he’s made arrangements for her brother to be protected, so she should go ahead and use the meet-up to collar Terry.

Shawn attends Amy’s funeral with Boots’ widow, where the deceased’s nephew hands him an envelope from her car with his name on it. It’s a list of other Quitman kids who apparently were killed.

At his big fundraiser, Carroll reconsiders Bolo Tie’s warning about Jessie when he sees her chatting with the donor whose file she is suspected of stealing. In private, Carroll reveals that he now remembers “little Jessie West” from her scared visit to Quitman back in the day. So what is she up to? Their tense convo is interrupted by a text from Gil — one of the stolen blackmail photos! — which sends Carroll racing to his emptied safe, where he faces the business end of Gil’s gun. Gil almost allows Carroll to distract him with psychobabble and what not, but he snaps out of it and juts the gun against Carroll’s forehead. “I’m not gonna shoot you. It’s much worse than that,” Gil says, steering Carroll back to the fundraiser… where Jessie is leading a damning, disturbing slideshow of Carroll’s predatorial, Quitman-era crimes. Carroll flips out and tries to fame Jessie as a liar, but the crowd doesn’t buy it and flees away from the rubber chicken dinner. 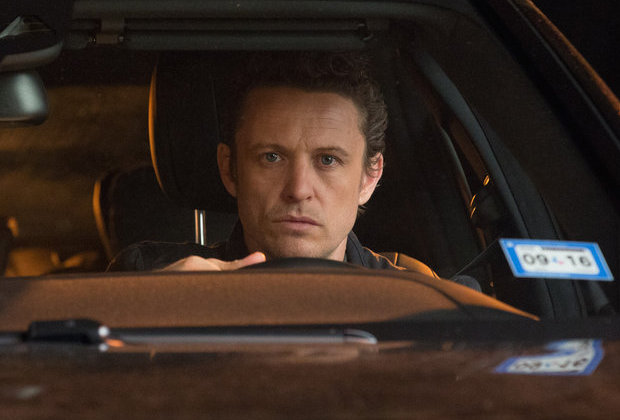 has less luck, though, when it comes to tracking down Marina, who has been abducted from their home — and prime suspect Terry legitimately has no idea where she is. Liz arrives to keep Jackson from crossing any lines, then goes to arrest Terry for Petey’s murder. Terry tries to saunter away, but Liz puts a bullet in him.

As the finale draws to a close, Diana welcomes to the fold her new go-to man — Dennis?! — assuring him that she has the Jackson Brooks situation under control. How so? You’ll be sorry you asked. Because as Jackson and the others gather at the Louisiana field where the FBI is searching for the other graves, Agent Sugg spies blood dripping from Jackson’s trunk. And, sigh, sure enough, inside Jackson finds his pregnant fiance, brutally murdered.

As showrunner David Hudgins (who adapted Game of Silence from the Turkish series Suskunlar) previously said of the finale, “You get a result and you get a payoff — but it’s also an ending that people will find shocking… open[ing] up the world to a whole other level.” If there had been a Season 2, that is.

What did you think of that tragic ending, and what Game of Silence Season 2 might have looked like?