In the new episodes (premiering Monday at 10/9c on Lifetime), the gender tables are turned as the duo abandon “the princess fantasy.”

“What if Quinn and Rachel decide to be kings?” Shapiro posits, adding, “They decide to be men. They want to be ballers. It’s a really fun place to jump off because they’re in a totally different place than they were in Season 1.”

Meanwhile, former boss Chet is feeling like he’s lost his kingdom and his masculinity. “We wanted to talk about, What is it to be a man right now?” EP Marti Noxon adds. “What is it to be a person who has had this franchise for all this time and then suddenly, within such a short period of time, is feeling threatened?”

MY MENTOR, MY MEAN MOMMY | Even though Quinn secretly destroyed Rachel’s chance at happiness, the two are back together as producing partners, albeit “in a really complicated, super twisted way,” Shapiro teases. “Quinn completely betrayed her, but that’s the mean, mean mommy she can’t walk away from. So if she’s going to stay, they may as well just win. So they are just going hard. But that gets really complicated pretty fast.” 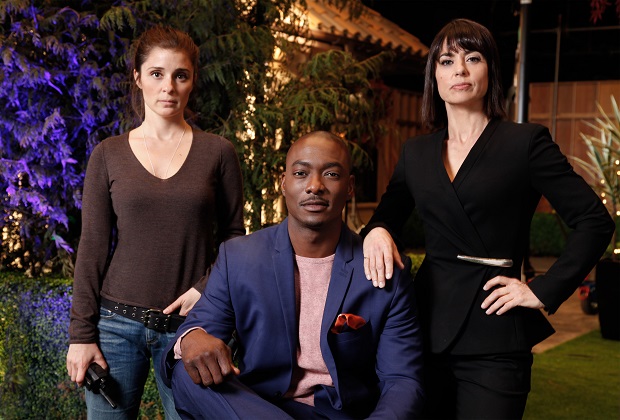 MAKING HISTORY | When it comes to the first-ever African-American suitor (played by Agents of S.H.I.E.L.D.‘s B.J. Britt), one woman’s dollar sign is another woman’s history book. “Quinn’s point of view is, ‘Empire is a big hit. It’s getting numbers. Let’s go for the black card.’ And Rachel’s like, ‘This could be an important social movement,'” Shapiro explains. “So it’s just this chaos of all these different ideas and people exploiting each other and taking advantage of each other, but maybe it’s good? We’re not sure. We just let it be as complicated and messy as that issue actually is.”

LIKE CRAZY | Rachel’s mom “will be around quite a bit” as the show delves into the rising producer’s mental health, Shapiro reveals. “It was something that was woven in and out [in a] subtle way in Season 1. I don’t think we’re ever going to solve it… but we are going to go ahead and let the cray-cray fly.”

THE ‘OMG!’ FACTOR | The Lifetime series’ inaugural season was full of “Did they just…?!” moments, and the new season won’t be short on shock value. “We will pull no punches,” Shapiro promises. “We’re going to go as hard as we can possibly go.”