In the fourth and final chapter of History’s admirable Roots remake, Chicken George at last was able to return to the States. But any sort of a happy ending was still a long ways off for Kunta Kinte’s lone grandchild and his family. Read on, and after we follow the treacherous path he was forced to travel, you can grade the miniseries in TVLine’s poll and share your thoughts.

FAMILY REUNION | Although Sir Eric swore that, once George had won him enough cockfighting money to pay back Tom’s gambling debt, he’d free the slave, the Englishman didn’t honor his vow for more than two decades. When finally George was permitted to head home to the Lea farm, he discovered that his mother had passed away, and, rather than free Matilda and the children as promised, his father had sold them to a North Carolinian by the name of Benjamin Murray. As soon as George arrived at the Murray plantation, Benjamin’s son, Frederick, made his cruelty plain by telling Matilda that she could get reacquainted with her husband only when the workday was over. Even when the couple was allowed to reunite, sadness cast a shadow over them: Three of their kids had been sold just weeks after they’d arrived at the Murray plantation, and son Tom, a gifted blacksmith, accused his father of living “the sportin’ life” instead of looking after his family. And things were about to get worse: Rightly fearful that, the moment Frederick could, he would re-enslave George, Matilda made the heartbreaking decision to send him away. 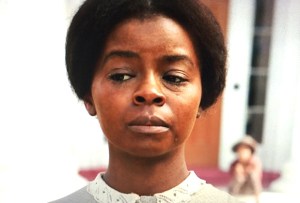 BATTLE SCARS | Ordinarily, Tom did his damnedest to stay out of trouble. However, after wife Irene was raped by white men during the Civil War, he began working to help the Union with fellow Murray plantation slave Jerusalem and Frederick’s fiancée, Nancy, who was secretly a spy for the North. When their plan went awry, Frederick hanged Jerusalem and, since Nancy wouldn’t name any other accomplices, he hanged her, too. Meanwhile, George and fast friend Cyrus joined the Union army and barely made it out of the massacre at Fort Pillow, Tenn., with their lives. When the war ended, a bittersweet celebration erupted at the Murray plantation: Matilda and her family were free, yet she was understandably haunted by the loved ones that she’d always miss. Later, after Cyrus showed up at the plantation with George’s hat, Matilda charged Tom with the task of bringing his father home safely. 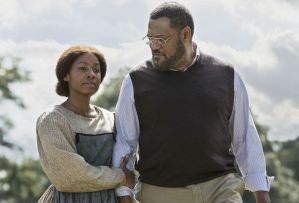 THE NEXT GENERATION | Two weeks later, Tom — with a little ancestral guidance — tracked down George near the Tennessee border. Alas, the war’s end didn’t mean that they were out of danger. On their way back to the Murray plantation, they were attacked by bushwhackers and, in the wake of Lincoln’s assassination, turned away by a disgruntled Union encampment… temporarily, that is. Thanks to George’s talent for winning over a crowd, he was able to convince the soldiers to let them stay by talking up Tom’s skills as a blacksmith. Back at the Murray plantation, Benjamin offered his former slaves a deal to stick around and work the land, but it was a deal of the raw variety, so they passed. Frederick, of course, couldn’t let George and Matilda leave peacefully, so he picked one last fight. Literally, his last — George shot him dead. On the trail to a new life, George invited Cyrus to become what he really already was — a member of the family — and Tom asked his father how to name his and Irene’s newborn daughter “the right way.” Though the infant was Tom’s first child not born a slave, he noted, she’d still need to be a warrior like Kunta Kinte in order to stay free. So, in the end, Tom kept up the traditions of his ancestors, traditions that later inspired his great grandson, Roots author Alex Haley, who we saw (as played by Laurence Fishburne) with his forebears as the miniseries drew to a close.

So, what did you think of History’s Roots? Vote in the poll below, then hit the comments with your review.