Think you’re a good judge of innocence or Guilt? Now’s your chance to find out. TVLine has your exclusive first look at the suspects, allies and royals who’ll come under scrutiny in Freeform’s new London-set murder mystery series.

In the June 13 premiere (airing at 9/8c), American Grace (played by The Syndicate‘s Daisy Head) becomes the prime suspect in her roommate’s savage murder, forcing her sister Natalie (Vinyl‘s Emily Tremaine) to leave Boston and come to her defense across the pond. When Natalie teams up with an ethically questionable expat lawyer (Titanic‘s Billy Zane), she begins to unravel ugly truths and question her own sib’s innocence. What’s more, in a twist that makes Pretty Little Liars look quaint by comparison, the investigation weaves through all levels of London society, from a posh but depraved sex club to — crikey! — the royal family.

Could one of those glamorous people strutting through the dark, cobblestone streets of London in the following promotional photos actually be the killer? We still don’t trust Billy Zane because of Titanic, but every cast member looks slightly suspicious and guilty of something.

Click through the gallery below (or right here), then hit the comments to let us know if you’ll be tuning in. 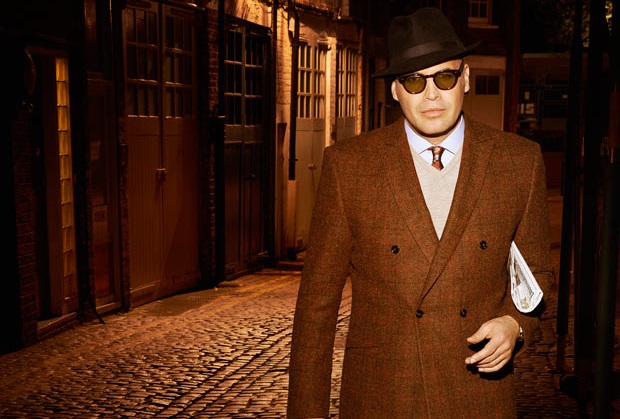