THE PERFORMANCE | A spoiler alert about the 2016 Emmy race for Outstanding Lead Actress in a Comedy Series: Louis-Dreyfus is going to win for a fifth straight year, thanks to her work in last Sunday’s Veep.

As embattled president Selina Meyer awaited a recount in the all-important swing state of Nevada and learned her elderly mother had suffered a devastating stroke, Louis-Dreyfus hilariously unearthed a new layer of her character’s brutal self-absorption, cut with an unexpected dose of relatable humanity.

Louis-Dreyfus beautifully captured the way Selina stuffed down an undercurrent of shock and sadness as, in a rare quiet moment without her staff by her side, she said goodbye to the woman who’d brought her into the world. Eyes darting to and fro, she found surprising poignancy by repeating a colleague’s empty platitude: “Those who you love cannot be lost, because they’re always a part of you. So…” Moments later, though, the actress brought into stark relief her blindly ambitious character’s utter disregard for everyone and everything around her, ignoring daughter Catherine’s sobs and giddily sharing, “We got good news about Nevada!”

Later, at “Mewmaw’s” funeral, it was clear Selina was well past any kind of mourning phase, nixing her mother’s favorite Tim McGraw song (“this is a funeral, not a NASCAR race!”) and taking a profoundly profane meeting with Qatari diplomats (“They’re into ass-play?”). When Selina learned she’d been defeated in the recount just seconds before being called on to give a eulogy, however, Louis-Dreyfus grieved deeply and tearfully — “I have lost so much… it’s just not fair” — not for her mother, but for her own political future. Sure, Selina’s brutal putdown of the deceased — “Thomas f—ing Kinkade couldn’t paint Memaw in a positive light” — could’ve been uttered about POTUS herself, but thanks to Louis-Dreyfus’ incomparable comedic skills, we wouldn’t have it any other way. 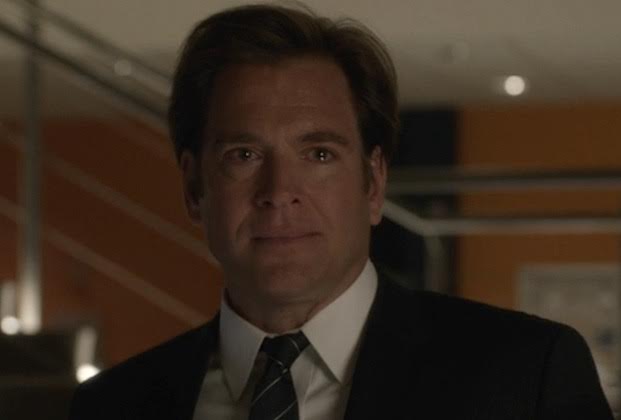 HONORABLE MENTION | Michael Weatherly saved his very best for last as Tony processed Ziva’s death — and the daughter that came with it — in his NCIS send-off. Amidst quieter scenes where he bonded with the lass who knows him as “Abba” and bid colleagues adieu, Weatherly brought DiNozzo’s fury to the fore when he found the squad room empty. “What am I doing [here]? What are you doing? What are wedoing?!” he roared at an arriving Gibbs. “We’ve lost agents before, and it’s, ‘All hands on deck!'” When Gibbs noted, “She’s more than an agent to you,” Tony fired back, “She was a daughter to you…. She was no more to me than anybody.” He was of course lying, as evidenced when he moments later avowed, “I’ll breathe when Trent Kort is dead” — affirming both his resolve and his deep sense of loss. 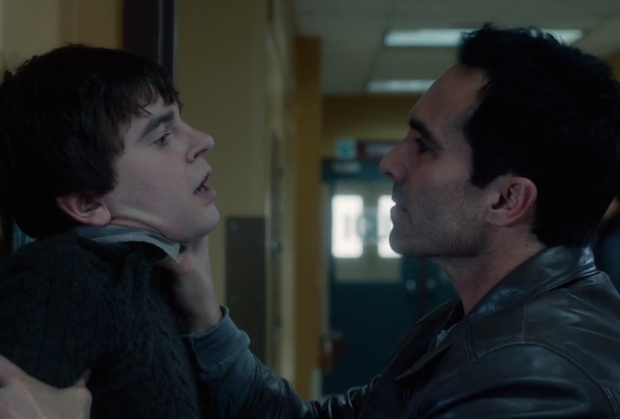 HONORABLE MENTION | Watching someone grieve is hard. But watching someone who you know hates ceding control grieve… man, that hurts. And as Bates Motel‘s Alex fought to keep his feelings of anger and despair in check in the wake of wife Norma’s murder, Nestor Carbonell made us ache along with, rather than just for, the widower. Whether the sheriff was raging at stepson Norman (“I’m gonna prove you did it, ya piece of s–t!”) or storming the morgue to tearfully replace his bride’s wedding ring on her finger (“I love you… I always will, whether you’re here or not”), the emotions his portrayer cut deep to unleash were so raw and honest that, at times, we had to look away, if only to dab at our eyes.

HONORABLE MENTION | Every episode of Orphan Black is a showcase for Tatiana Maslany‘s unbelievable versatility. Still, this week’s hour was a standout as the actress’ performance ran the gamut from heartbreaking (as Cosima) to hilarious (as Krystal) to devastating (as Beth). Cosima’s tearful goodbye to Kendall Malone was moving enough, but then Maslany released an anguished, piercing cry like we’ve never heard before when Cosima learned of Delphine’s sad fate. Never one to rest on just a single clone portrayal, Maslany also brought to life a woman on the brink during Beth’s final hours, and then did a one-eighty, completely changing her posture and voice as the uproariously clueless Krystal. Maslany was so captivating as each character, we temporarily forgot that two of our favorite sestras — Alison and Helena — weren’t even in the episode.