The following contains spoilers from Thursday’s Legends of Tomorrow  finale.

In the Legends of Tomorrow Season 1 finale, a big win was tempered by a bittersweet loss.

Unceremoniously deposited/ditched back in Star City of 2016 — albeit a few months later, meaning Sara heard from her dad the tragic news about Laurel — the team eventually regrouped and summoned Rip Hunter, so that they could complete their mission. And finish the job they did, vanquishing the immortal Vandal Savage not once but three times, and in three different eras. 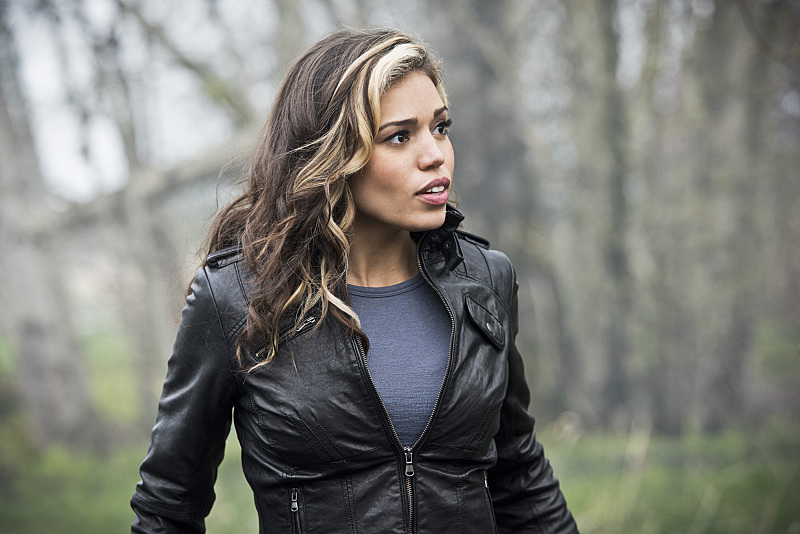 the Legends were down another head, as Kendra aka Hawkgirl chose to start a new life (so to speak) with her rescued soul mate Carter. “It was one of the most difficult projects I’ve ever worked on, just because it was a whole new world for me,” says Ciara Renée, who largely worked in theater prior to the CW spinoff. “But it was really wonderful, because the cast and crew were behind me the whole way. I could write a whole book about how much I learned in one season.”

Plus, she notes with a smile, “I got the opportunity to fly! And to play a superheroine, where there aren’t nearly enough of them. It was a great experience, and I’m glad to have had it.”

Legends showrunner Marc Guggenheim spoke exclusively with TVLine about the decision to clip Hawkgirl’s wings, as well as share insight into the introduction of the DC Comics hero Hourman (Suits‘ Patrick J. Adams), who appeared in the finale and will continue on for a few episodes of Season 2.

TVLINE | What went into the decision regarding Kendra’s fate in the finale?
In the finale, as you know, Vandal Savage is killed and Kendra and Carter literally fly off into the sunset together. We got into the writers’ room to start work on Season 2, working up character journeys for each of the characters. We got to Kendra and we found ourselves a little stymied by how neat a bow we tied off her story with, to the point where it was like, “Now what?” It’s got such a definitive ending, and it’s such a graceful ending. We questioned, “How do we get her back on the team? What would be motivating her?” It felt like the ending of Season 1 was very much about her needing to take some time with Carter and with developing her new identity, and every time we talked about how to bring her back to the team, it felt truncated and rushed. That started to make us think, “Maybe we should let this character be on her own, off the ship for a while.” That’s ultimately what we decided to do.

TVLINE | Did special effects play any small part in the decision? You do have three people flying around….
No, not at all. In fact, truth be told, if visual effects factored into our decision ever, it would be an argument against writing someone off, because you invest time and money in developing the assets and the digi[tal] doubles and the costumes and everything to create any of these characters — whether they fly or they don’t. Whenever you only use a character for 16 episodes and then you move off from the character, it’s probably not the most cost-effective way of doing things.

TVLINE | Will we see Kendra and Carter at all in Season 2?
We don’t know. As with all things, if we have the right story, absolutely. If Ciara and Falk [Hentschel] are amenable and game… What’s really wonderful about this universe that we’ve built up [is] no one’s ever gone forever. I’ve been saying with respect to [Arrow’s] Laurel, dead is not goodbye. And alive and goodbye is not goodbye. It’s just a matter of those characters coming back around in an organic way, especially on Legends, where the conceit of the show has always been the ship itself is a revolving door. There can always be old faces returning and new faces being introduced. That’s part of the show.

TVLINE | How did you arrive 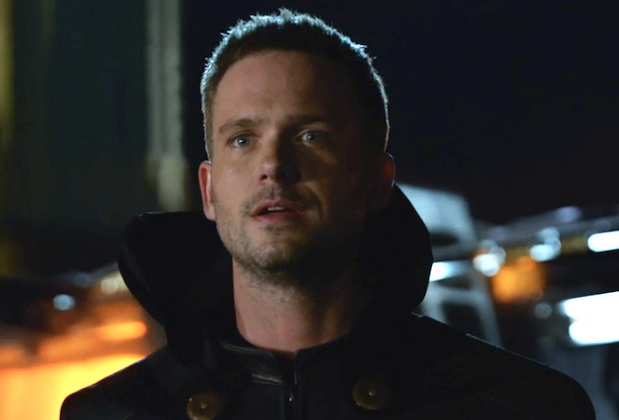 at the DC Comics character of Rex Tyler aka Hourman for Patrick J. Adams to play?
It was basically based upon a conversation I had with [DC Comics CCO] Geoff Johns, where we were talking about the variety of different characters Patrick could play. What’s cool about Patrick’s appearance is he’s not just appearing as Hourman but he’s also appearing as a member of the Justice Society of America. So for me, it was very much like, “OK, who’s a character that I associate with the JSA? Who can show up, say his name, and I go, ‘Ohhhh, JSA —that’s cool’?” Certainly, Hourman is a key member of the JSA, at least the version of the JSA that I hold near and dear.

TVLINE | Are you feeling like Season 2 will be another contained one-season arc? Is that the formula you’re liking?
[Legends] was always designed to be this hybrid, serialized/anthology show. We always said that each year would be its own distinct movie — almost to the point that you could give each season a subtitle. So we’ve got the same objective for next year and I think it’s really cool and exciting. It will have a very clear beginning, middle and end, much the same way Season 1 did. But it’ll be constructed a little bit differently, in so far as this first season was a pilot coming off of the Arrow/Flash crossover, so the villain was already set up. We weren’t able to roll things out with the mystery that we typically like to do on the shows. This will be a bit more of a cold start, which is exciting for us.