To commemorate the five-year anniversary of the Smallville series finale, TVLine is republishing this oral history which was first compiled by Matt Webb Mitovich for the June 2011 issue of CBS’ Watch! Magazine (and has been enhanced for this update).

With those words, spoken by Jonathan Kent in the Smallville pilot, a new take on the superman saga found a home that would last for 10 years.

Developed for TV by Al Gough and Miles Millar, Smallville— which followed the adventures of Clark Kent in the fictional town  of Smallville, Kan., before he becomes Superman — made its debut Oct. 16, 2001,  on The WB. Fronted by Tom Welling and  also starring Allison Mack (as Clark’s BFF Chloe Sullivan), Kristin Kreuk (Lana Lang), Michael Rosenbaum (Lex Luthor) and John Schneider and Annette O’Toole (as Clark’s parents, Jonathan and Martha), the first episode drew 8.4 million viewers — breaking the record for a bow on the 6-year-old netlet and proving that no amount of previous adaptations had quelled our fascination with Clark’s story. 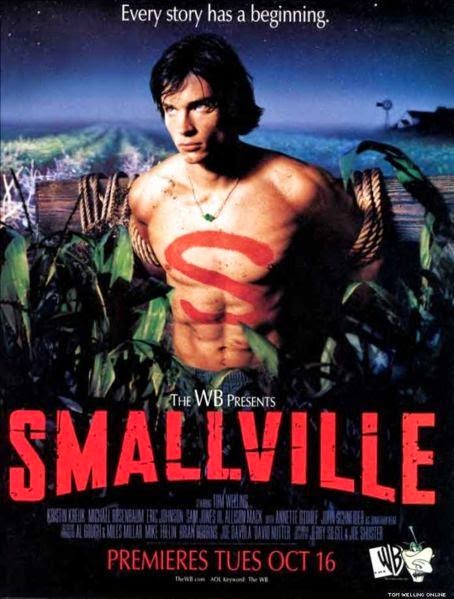 for every ‘kid’ out there,” offers Kelly Souders, who starting with Season 8 served as showrunner with fellow executive producer Brian Peterson. (Both joined Smallville as writers in Season 2.) “So many heroes in mythology are gods or characters that are hard for the everyday person to connect with, but Clark is someone we can all relate to. We want to believe that heroes are made out of people like us.”

As Smallville ended its decade-long journey, we spoke with many of those involved in getting the young man-who-would-be-Superman off the ground. Herewith, our kryptonite-free tribute to one of the greatest superhero series.

READY FOR TAKEOFF
PETER ROTH, president of Warner Bros. TV | The first time I heard the idea of a live-action story about Clark Kent coming of age, I thought, “Absolutely. We’re doing it.” Having been a fan of the comic books and the original TV series (starring George Reeves), I loved it.

DAVID NUTTER, director of pilot | Bringing to this show a sense of reality was the most important thing for me. Too many times shows are so fantastical there’s no bedrock of believability.

TOM WELLING, played Clark Kent/Season 10 executive producer | What the show had going for it was that it was going to take liberties as it explored an area [of Clark’s life] that nobody knew much about. That allowed us some wiggle room.

CASTING ABOUT
Of the original young ensemble, Kristin Kreuk was the first to be cast (as Lana), while Sam Jones III (Pete Ross) was the last. Allison Mack auditioned twice for Chloe, a character created for the series, while Michael Rosenbaum was cast as Lex. It would take months — and some coaxing — to find and sign Tom Welling. 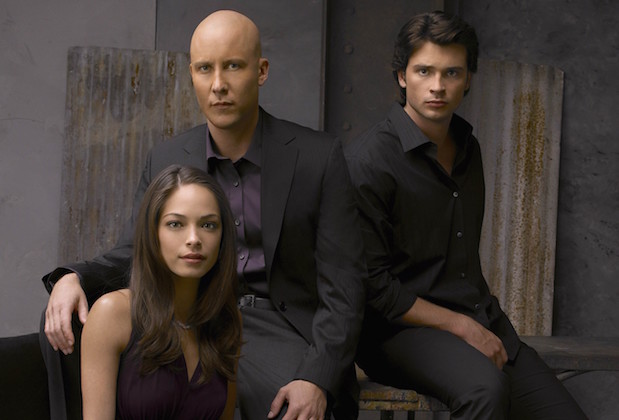 WELLING | I took a call from David Nutter, who told me it was going to be about Clark Kent before he became Superman, and I found that to be a lot more interesting [than a Superman series]. Everything happened extremely fast after that.

NUTTER | I knew Tom was the perfect guy when Clark runs into Lana Lang for the first time. Lana had a kryptonite necklace on her neck, so Clark tumbled onto the ground, dropping his books. I said to myself, “That’s him.”

KRISTIN KREUK, played Lana Lang | I tested with Tom, and  he was great, really lovely. He was perfect for the role.

KELLY SOUDERS, executive producer | Tom is very down-to-earth and straightforward, and a lot of that honesty you see in Clark is Tom. Tom was not somebody who got into this because he wanted to be famous, and that really adds to him being Clark Kent. There are obviously some real differences between them, but there are definitely similarities. 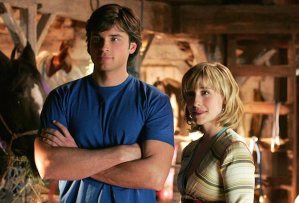 ALLISON MACK, played Chloe Sullivan | I was 18, recently in love and getting ready to go to theater school in London, so my life was going in a very specific direction — and it wasn’t a TV show that filmed in Vancouver! [Smallville casting director] DeeDee Bradley, a friend of mine since I was 7, said, “I’m casting this amazing show, but there really isn’t a part for you” — they wanted someone African-American or Latina for Chloe. A week later I got a call [to read for the role] and sure enough, I was the only white girl in the room. Every time they called me in, I was like, “I don’t think I’m what you’re looking for.” It turns out I was.

KREUK | I was just out of high school when I auditioned for Lana, and since I had so little experience in the business I had no understanding of how lucky I was.

MICHAEL ROSENBAUM, played Lex Luthor | I was doing a lot of comedies at the time, so when my agent approached me about Lex, I wasn’t really interested. It was The WB and I thought it would be a teen soap opera; I had no idea the kind of money they were going to put behind it and how smart the concept would be. Supposedly they went through hundreds of actors and still couldn’t find their guy so they asked me again to read. They said they wanted someone who had comedic timing, charisma and a sense of danger, and I think I still have the [audition] pages where I marked, “Be charming here,” “Be funny here” and “Ooh, be dangerous here.”

SOUDERS | When it comes to playing Lex Luthor, there was something sympathetic about Michael Rosenbaum’s version. He brought humanity to it.

WELLING | John Schneider (Jonathan) was a fatherly figure and a mentor, not only to Clark but to me. The first time I met Annette O’Toole (Martha), I walked in and she said, “My son!” and she gave me a hug. Right off the bat, she was “Mom.”

ROSENBAUM | I really loved working with John Glover (Lionel Luthor). He’s a wonderful human being with a heart of gold. And as an actor, he was always finding different ways to do things in a scene. Many actors come into a scene only prepared to do what they rehearsed over and over at home, but when John and I did a scene, I never knew where it was going to go or what was going to happen. And I loved that. 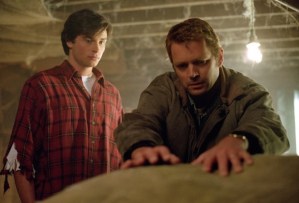 Smallville was filmed in Vancouver, chosen both for cost savings as well as its ability to pass for both Kansas and Metropolis. Production on the pilot began in March 2001, and shooting lasted for nearly a month — beginning just days after the final role was cast.
NUTTER | We walked blindly into the fire and we had a firm step. had a great script and some great talent, and I felt really confident in the story we were telling.

WELLING | I didn’t have any experience whatsoever, but David created an environment that was very comfortable, very safe. It was a very collaborative process.

MACK | I had been in the business for 14 years already, and I had done four pilots that failed and two TV shows that had been on for only a season, so I was jaded  — “This is lovely, but … we’ll see.”

KREUK | It was a long shoot, and I was very scared. We had always wanted this show to be about Clark Kent’s very normal struggle as a teenage boy and his journey to become a hero. For the metaphor to work powerfully, there had to be a reality supporting the fantasy. That was a big part of the pilot.

ROSENBAUM | I thought I was going to get fired. Not to sound insecure, but I really thought I wasn’t good looking enough for the part, that The WB wanted someone sexier. I also remember being in a giant water tank shooting the scene where Clark rescues me out of the car. They put this weight on my lap to hold me in place and, well, I just freaked the hell out, threw the weight off me and got out of the tank. Tom calmed me down and told me I could do it, and finally, I did. Thanks, Welling — you’re a super man. See what I did there?

MACK | It wasn’t until David showed us the pilot on a big screen on the Warner Bros. lot that I was like, “Ohhhh. This is different than anything I’ve seen before.”

ROTH | That pilot was magic for us. I remember watching it in my office, almost weeping. I was so excited.

PROCEED TO PAGE 2 FOR: THE SEARCH FOR LOIS AND MORE CASTING STORIES