ABC is holding onto The Catch, while adding another Shondaland drama to its stable.

Either of the above could help fill ABC’s #TGIT gap this fall, seeing as Scandal is quite possibly not returning until midseason.

Based on the book 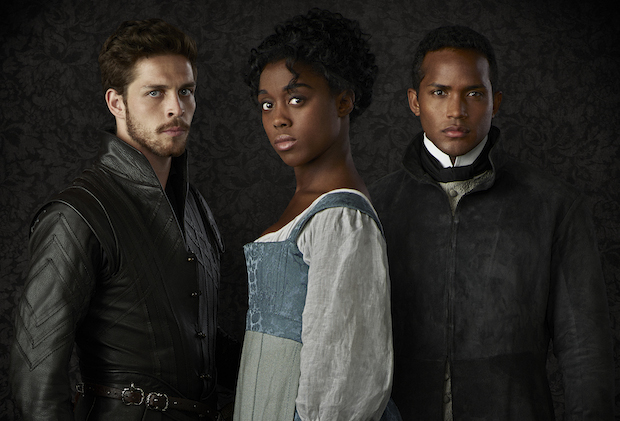 by Melinda Taub, Still Star-Crossed picks up where the famous story of Romeo and Juliet ends, charting the treachery, palace intrigue and ill-fated romances of the Montagues and Capulets in the wake of the young lovers’ tragic fate. The series stars Wade Briggs (Home and Away) as Benvolio Montague, Lashana Lynch as Rosaline and Sterling Sulieman as Prince Escalus (photo, l. to r.)