Sources confirm to me exclusively that, um, I’m set to appear in Netflix’s upcoming four-part revival of the beloved WB/CW series. The twist? I will not be reprising my Season 5 role of “Dragonfly Inn Customer No. 1 (pictured, below).” Details about my new character are being kept under lock and key in 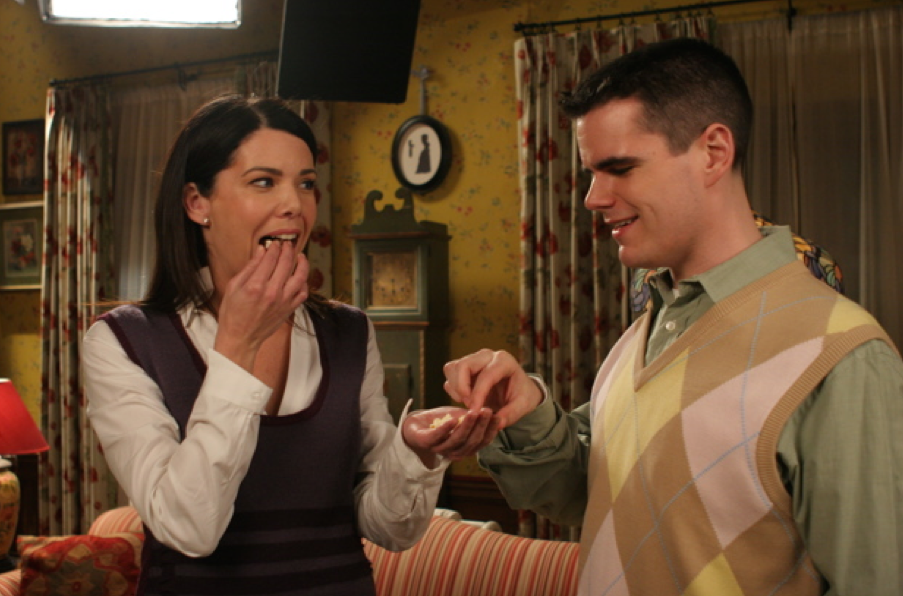 Amy Sherman-Palladino’s secret hat drawer, but sources confirm that there’s a decent chance I’m making way too big a deal of this.

Here’s what I can say about my cameo: The part is non-speaking (although I can assure you my internal dialogue was quite verbose); it was shot back in March under moderate-to-light security; and my scene is with Lauren Graham and Alexis Bledel.

Also, it was one of the greatest days of my life.

Production on the continuation — which was written and directed by Sherman-Palladino and her husband, exec producer Daniel Palladino — wrapped this week in Los Angeles and is set to premiere later this year. Each 90-minute installment will represent a different season over the course of one calendar year. (As such, they will be titled “Winter,” Spring,” Summer” and “Fall.”)

Given each episode’s movie-like length, it’s unclear whether Netflix will release them separately or all at once. As Sherman-Palladino told me back in February, “My preference would be they would not be released at once, because I feel like there’s going to be anticipation, and I think the diehard fans would enjoy it more with a little separation.”

OK, hit the comments and tell me how excited you are about my big return. And if you’re not excited? Pretend that you are.