Burgess and Roman’s decision to mix business with pleasure on Chicago P.D. will have life-changing consequences during tonight’s backdoor pilot for potential spinoff Chicago Justice (airing at 10/9c on NBC).

After the officers are shot at while simply sitting in their patrol car, Assistant State Attorney Peter Stone (The Player‘s Philip Winchester) starts an independent investigation, during which he discovers Burgess and Roman’s intimate history.

“That’s what the case rests on: Did Burgess react [to the shooting] the way she would have if she wasn’t sleeping with her partner? Or would she have reacted the same way no matter what?” her portrayer Marina Squerciati previews.

The violent encounter is “a pretty terrible moment as a human being to reckon with,” she adds, “and that really changes Burgess.”

Her other half doesn’t emerge from the hour unscathed, either. “Roman gets shot and doesn’t really come back the same,” Squerciati reveals.

Below, the actress talks with TVLine about Burgess and Roman’s feelings for each other, her ex-fiancé Ruzek’s “brutal” reaction to the new relationship and the show’s growing female friendship. 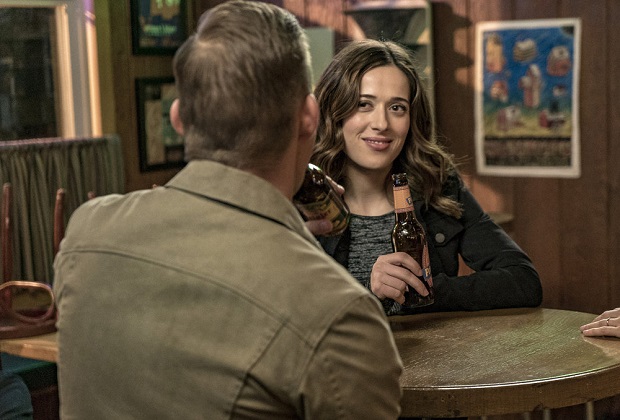 TVLINE | Burgess and Roman said it themselves right before having sex — this is a bad idea. So why do it?
The chemistry with them, it’s too much for them to deny. They try and do it through the whole episode [last week]. They’re trying to be partners, they’re trying to keep a lid on it, and then after a beer, they just can’t.

TVLINE | Are her feelings for him real? Or is this just a rebound?
I don’t think it’s a rebound, no. I don’t think it’s the same feelings that she had for Ruzek. To say it’s a rebound denies it the validity that it should get. Here’s a person who she’s in a car with for 12 hours a day and really has bonded with. He’s been kind to her and supported her and would take a bullet for her. There’s something very real to that. Whether it’s long-lasting, I don’t know.

TVLINE | How does the reveal of the relationship go over with Ruzek?
It’s going to shock people. [It’s] the most brutal, horrible way that he can find out, and it’s so heartbreaking that even Marina surfaced a little. I wanted to go over to Paddy (John Flueger) and be like, “No, Paddy, it’s OK! I don’t really mean it.” 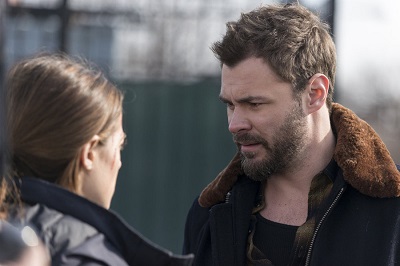 TVLINE | Does Burgess have any regrets about the way it comes out?
Absolutely. There’s no way you couldn’t. There’s a part of Burgess that still loves Ruzek. He’s just not ready for marriage, and I don’t think she bears any ill will toward him right now. She just has moved on. But she doesn’t want to see him hurt. That’s the last thing she wants.

TVLINE | One of the things I’ve really enjoyed this season has been the friendship between Burgess and Lindsay. What has it been like for you getting to explore that?
I feel like that really came from the fans. There were a lot of fans that were asking for “Burgsay”. That’s exciting to me, that there’s a movement, and they make it happen, and the writers listen. That’s an amazing thing about social media. That’s so cool. We never had those woman-to-woman moments [before]. You’re allowed to be a strong woman and a cop and have a sensitive side. When we’re together, we can show that sometimes. You’re not allowed to let your guard down in the boys’ club as much. In the season finale, I help Lindsay in a really crucial moment.

TVLINE | Does Lindsay offer Burgess any support in what she’s going through this week?
Honestly, it’s almost like Burgess goes through this episode alone, unfortunately, and that really shapes her. Platt and Lindsay are definitely there for her. But what she goes through, she really has to go through alone. For someone who loves this city and loves being a cop so much, that’s really hard for her.