After years of unanswered prayers, Supernatural‘s Dean and Sam are finally in the presence of God — and all it took was yelling at the sky, “You dick!”

But, considering that the Almighty looks like their pal, Chuck Shurley, aka the prophet behind the Supernatural book series, the Winchesters will need some convincing of the writer’s true identity in Wednesday’s episode (The CW, 9/8c).

Here, TVLine speaks with the Big Guy’s portrayer, Rob Benedict, about Chuck’s struggle to earn the brothers’ trust, make amends to the angels and defeat his bad seed sister, Amara. Plus: What exactly is Chuck writing that had Metatron so teary?

TVLINE | Fans have speculated that Chuck is God since the Season 5 finale. Had you suspected since then as well? 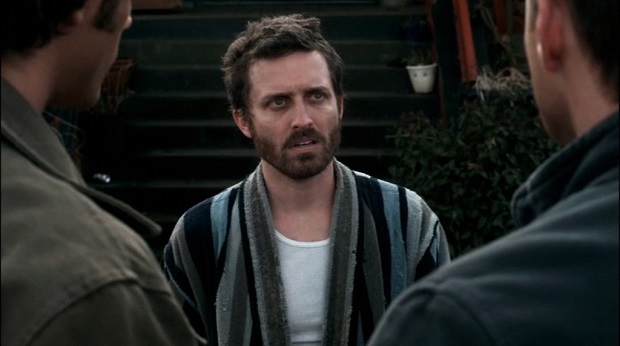 Right after the Season 5 finale, [creator] Eric Kripke called and revealed to me that Chuck was God. I was like, “Oh, wow!” He was like, “But don’t get your hopes up, because it’s hard to bring that back.” You can’t just be like, “Hey, guys, remember me [from] last season? Now I’m God.” So it just didn’t make sense for several seasons to bring me back because of that idea. But it’s interesting. He said to me, “Just let the fans think whatever they want to think and have their own opinions of what Chuck is.” But slowly, it was a seed that got planted, and that’s what people — most people, at least — interpreted it as. So now in Season 11, there’s a really good reason for him to be back because of The Darkness.

TVLINE | Last week, Chuck seemed resigned to telling his story and letting the world end. But then he decided to help Sam and Dean. What was the turning point for him?
There’s an argument to [be made] that he brought Metatron there, and he came to that bar because he was thinking about coming back into the story and confronting The Darkness. For sure, there is a point when Metatron is talking about how humanity is so great, and they’re better than me and all those things. That does have an impact on Chuck. It feeds into what he’s actually writing, which we find out more about in this week’s episode, what the end of his book is revealing. He makes up his mind somewhere around there that he’s coming back into the story. 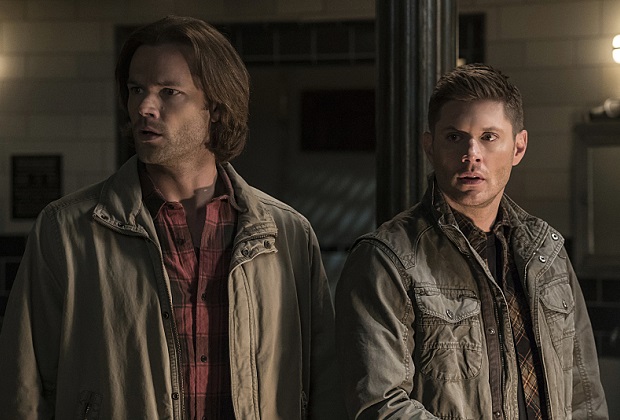 TVLINE | Unlike the fans, Dean and Sam have been in the dark about Chuck’s identity. So how do they react to finding out he is God?
We have to have a little sit-down, because I’ve got a lot of explaining to do. My whole thing is going to be, first of all, convincing them that I am God and not just Chuck being weird. The other part of it is just getting them on board with me and what our job is going to be, what the obstacle ahead of us is.

TVLINE | Over the past couple seasons, Sam has actually prayed to God. He’s had a lot of faith in him. Once he comes face to face with Chuck, do they have to hash out their issues?
Definitely, that’s where Sam is coming from, and Dean is coming from a different place. Obviously, you don’t have enough time to get into all of it, but there are scenes where we try to set things straight, and I try to explain where I’ve been and why.

TVLINE | Now that Chuck has made himself known to Dean and Sam, what role will he play in their fight against Amara and their quest to get Castiel back?
We all have the same goal — we want to try to stop her. We have different reasons for why, but ultimately, what we have to do is be on the same team and trust each other. First on my plate as God is to get them to trust me, because I need them to be my boots on the ground, and we need to work together again. But I feel like there’s always been a lot of love there between Chuck and the boys, and that’s definitely highlighted in this next episode. 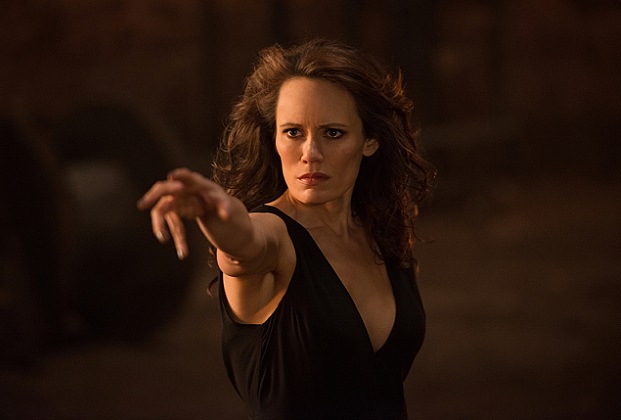 TVLINE | Has Chuck’s take on Amara and what she’s doing changed since last week’s episode?
Yeah, it continues to evolve. The audience finds out a little bit more [about] where he’s coming from. There’s definitely a brother/sister relationship at play, and the fact that they’re, basically, two sides of the same coin… That’s the human side of what’s going on, this whole idea of every time he created a world, she destroyed it.

TVLINE | God also abandoned the angels. Should he and Castiel be reunited, what kind of interaction can we expect between them?
That’s going to be a complicated one, because right now, Lucifer is possessing Castiel. God has a lot of people doubting him because he’s been gone, and he’s let a lot of people down. There’s definitely some conversations that need to be had, and we’re going to see some of that come into play very soon.