Three designers remained atop Thursday’s Project Runway All Stars season finale, but only one would be named the boss… by the Boss herself, Alyssa Milano.

Dom’s collection, inspired by the “shock to her senses” she experienced when she first came to New York, received mostly positive reviews from the judges; Isaac Mizrahi even admitted to getting “emotional” over her work. The majority of the panel, including guest-judge Debra Messing (Smaaaaaash) felt her finale piece wasn’t quite finished, though Milano threw it some love. (Thanks, Phoebs!)

For his collection, Ken pulled from the “elegance and architectural elements” of the city. Mizrahi fawned over several pieces, calling Ken’s overall presentation the most cohesive, most chic and — arguably most importantly — most commercial collection of the final three.

But the most unanimous praise went to Kini’s collection, inspired by the city’s grid system. Milano was wowed by the “ballsy” sleeves, Mizrahi called the work “refreshing” and “divine,” and Messing practically ripped the clothes off the models and ran away with them herself.

After awaiting the judges’ deliberation — and squeezing in some final moments of bonding — the finalists returned to the runway for the big reveal. Third and second place went to Ken and Kini, respectively, making Dom the winner of Project Runway All Stars‘ fifth season.

Are you satisfied with the outcome of Thursday’s finale? Cast your vote below, then drop a comment with your thoughts on the results. 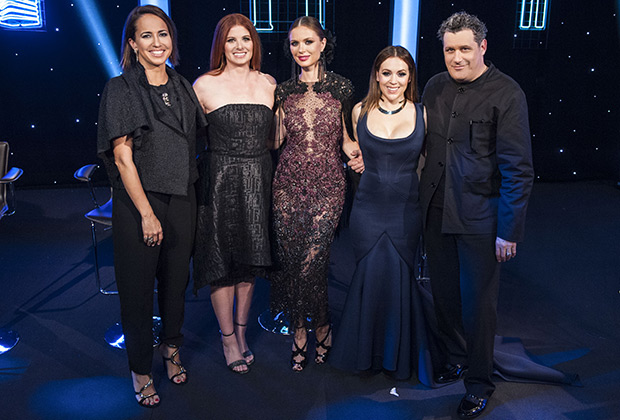