Fox’s Lucifer wrapped its freshman run on Monday night by leading its titular antihero into a bit of a parent trap.

After shaking a murder wrap, Lucifer (played by Tom Ellis) was shot at close range by Malcolm, the man who’d framed him, and left to die, seeing as Chloe (Lauren German) had been nearby and made him vulnerable. Bleeding out on the airport hangar floor, he used his last breaths to appeal to “Dad,” offering to be “the son you always wanted me to be” in trade for… keeping Chloe safe, as Malcolm went gunning for his colleague.

Lucifer was spared, though, following a vision in which he returned “home” to make a startling discovery. Later, after robbing a fatally shot Malcolm of the Pentecostal coin that might save him from fresh damnation, Lucifer shared with his brother Amenadiel (DB Woodside) that during his brief return to Hell, he was tasked to hunt down a new escapee — “Mom”!

TVLine hopped on the phone with showrunner Joe Henderson to break down that mother of a twist and the finale’s other big moments.

TVLINE | Who will be playing Mom? Is it Barbara Hershey’s role to lose…?
Pitch me! What do you think? The biggest question is going to be, “Who is Mom?” We’re excited to figure out who we’re going to cast because we think it’s going to be a big, cool, meaty role for someone. I’m excited to see who we can get and what direction we take it in, 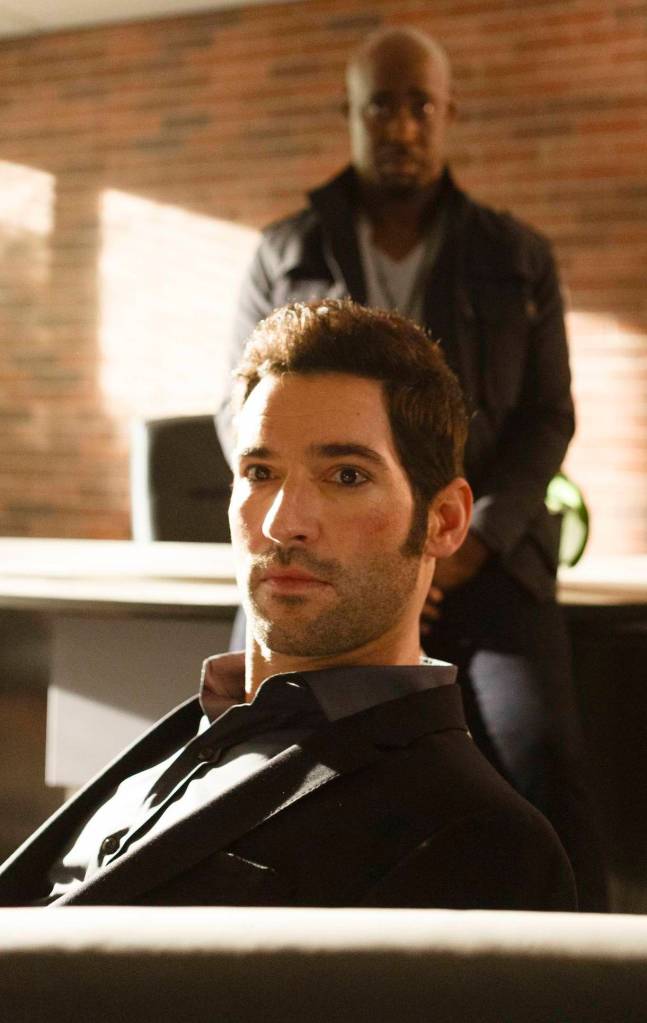 because that’s Season 2. Season 1 was the story of a wayward son dealing with his father issues; Season 2 is Mom.

TVLINE | You can obviously cast any ethnicity, you can go American or British…. But could you also go young? Might Mom “cheat” her years when walking Earth?
That’s one of the things we want to keep an open mind about. We just want to get the best actor. But yeah, she’s eternal to a certain extent….

TVLINE | She could be a stone-cold hottie.
Anyone who gave birth to DB Woodside and Tom Ellis probably should be, so….

TVLINE | And per mythology, Lucifer’s mother is… who?
That is one of the mysteries that we dive into. In the comics and common mythology, it’s really not something that’s been established, so this is us doing a little world building. This is us taking a step and exploring the answer to a question a lot of people never asked and staking our own claim. There are a lot of directions we can go and we’ve chosen one that we’re really excited about.

TVLINE | Will there be a specific reason why she escaped?
Yes, there is a specific reason, and she has a very specific goal in mind. She’s a formidable person and there’s a reason that Lucifer looks afraid.

TVLINE | Was that always your final scene, your final line? Had there not been a renewal, might we have been left guessing who the escapee was?
I’m very proud of the fact that that was our ending. We weren’t sure if Fox would let us to that, and Fox showed incredible faith in us by saying, “Yes, that is where to go.” There was a version for us secretly where we were going to save it for later on, into Season 2, but when Fox heard it they were like, “That’s our Season 1 finale.”

TVLINE | And you never know, that could be the last nudge an executive needs.
It’s funny, I think that it made a difference for them to hear that, to get excited about the potential. You get a sense of how much story you can get out of one word.

TVLINE | Well, as I was waiting on that one word, it of course crossed my mind that Lucifer might say “Chloe.” But I’m very glad he didn’t. Is his “vulnerability” around her part of a larger, ongoing mythology?
Yes, that is a story we will continue to tell. One of the things we tried to do was establish it, bury it, and then sucker punch the audience by bringing it up again in the third-to-last episode. So the audience would know were not forgetting these things. That’s a big part of Season 2 and Lucifer’s continuing journey. 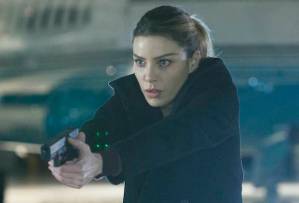 moved by Lucifer’s role in thwarting Malcolm and saving her daughter. Where might you take your “Will They/Won’t They” couple in Season 2?
One of the big things we wanted to do in Season 1 was make it about friendship more than anything. Obviously there’s this incredible chemistry between the two of them, and you want to play that “Will They/Won’t They,” but we made a very conscious effort to make this less about sex and more about emotion — which is ironic, because Lucifer kept trying to make it about sex! Lucifer thinks he can turn everything into a base desire, and Chloe is that thing that supersedes that, the person that challenges him. The fun of it was giving Lucifer a true friend in the first season, and then the question is: Where does that go in Season2 ? How deep can a friendship get? Romance often comes with that, but we want to be very careful and make sure the friendship is the most important part.

TVLINE | Should we read anything 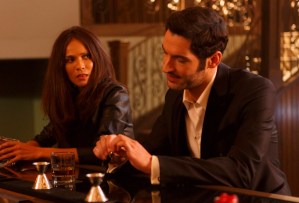 into Maze (Lesley-Ann Brandt) vanishing after saving Amenadiel’s life? Is she perhaps a bit unsettled by the sacrifice she made, using up her “ticket back to Hell” to save him?
I will say this: It was a very conscious decision not to have Maze there. You should definitely read into that. She sacrificed her most driving desire to save, of all things, an angel. I don’t think she understands why she did it. To me, Maze is sort of the youngest emotionally of our characters, Lucifer included. Lucifer is the eternal teenager, she is more the…

TVLINE | “Luci” and Amenadiel seem to have entered the bromance stage. Is that more fun for you as writers to play with?
It is. It’s something that we’ve been building to the entire season. What I love about Tom and DB is there’s a genuine affection between them. When they get together, you feel a camaraderie. But they also know how to play the antagonism that is so important to a brotherly relationship. You see both how much they like each other and how much they hate each other, and that is a dynamic we want to continue to play as Anemadiel realizes he’s has been going about everything all wrong.

TVLINE | And how would you describe the evolving Chloe/Maze dynamic? Is it becoming one of mutual professional respect?
“Bonnie & Clyde spinoff.” We intentionally kept them apart for a number of episodes because we wanted to get to that moment of the two women in Lucifer’s life, and to a certain extent “the angel and the devil on his shoulder,” coming together to save him. What I like is these are two badass women, and for them to have a moment of mutual respect, or at least mutual understanding, was the beginning of hopefully much more story to come. 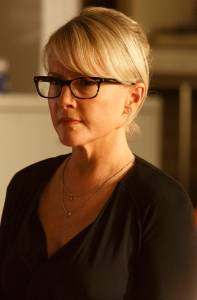 TVLINE | Did you end up using Rachael Harris exactly as much as you wanted to, or might her role grow in Season 2?
Listen, any show could benefit from more Rachael Harris, and we definitely plan to use her more. What I love about Dr. Linda is you get the balance of humor and emotional heft. You get fun scenes where she’s bantering with Lucifer, and you have scenes where she peels apart his emotions like an onion. When you have a tool like that, you need to use it as much as possible.

TVLINE | What else can you tease at this early stage about Season 2?
The biggest thing about Season 2 to me is we built this world, now let’s play with it. Let’s mix-and-match our characters a bit, let’s see how they play off each other. I want to see Amenadiel and Chloe spending more time together, I want to see Dan and Maze together more. I want Dr. Linda with DB more, I want to see the ramifications of the realization of the lies he has told her. What I am very proud of is that we have this amazing cast, all of whom have chemistry with each other. Now it’s up to us to put them in situations where, similar to the finale’s Chloe and Maze, we can see who else bounces off each other in ways we didn’t expect.

TVLINE | Know what else you need for Season 2? A nickname for Amenadiel.
[Laughs] We call him “Amenadude.” When Malcolm at one point calls him Amenadude, that’s because for a while some of the writers couldn’t pronounce his name, and Amenadude stuck!