While Sarah is on the run from the group, there’s plenty of trouble back at home — and abroad — for her sestras.

From a suburban reckoning (those dead bodies add up!) to a twisted new family (with a male clone!), we got the scoop on what’s in store for Cosima, Alison, Helena and more in Season 4 (airing Thursdays at 10/9c) from co-creators John Fawcett and Graeme Manson.

COSIMA | Feeling like “Delphine has disappeared” from her life, “Cosima is grieving – flat out,” Fawcett says. “She’s lost her soulmate and is having a hard time putting the pieces back together, especially when she doesn’t have answers” about her ex-lover’s fate. “She just can’t move forward without knowing the truth of what happened.” But there’s still a cure to find and sestras to save, so “Cosima really throws herself into the science in the absence of other answers,” Manson adds. 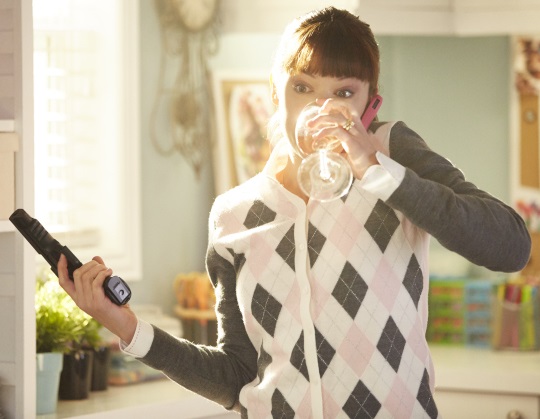 ALISON | Season 4 is about “our characters feeling haunted or paying the piper for the past,” Fawcett describes, and the Hendrix clan certainly fits that bill. “They’ve done some bad things  — or some questionable things. Let’s not lay judgment,” Fawcett says with a laugh. “There have been a few people that have died along the way that may or may not be buried in the floor of their garage. There’s been the questionable decision to deal narcotics to save their house. They’ve brought Helena into their house… So there’s a pretty good chance the heat’s going to come down” on Alison and her hubby Donnie.

HELENA | Everyone’s favorite killer clone “loves” being pregnant, Fawcett says. (With Alison’s fridge at her disposal, why wouldn’t she?) Adds Manson: “She’s an interesting case because, in some ways, pregnancy and impending motherhood have softened her and opened her up to her sisters and her new family. On the other hand, she murdered four people with a paper cutter.”

RACHEL | “She’s rediscovered this fraught relationship with her mother,” Manson previews. Rachel’s new surroundings also include “a Castor clone, who has some level of preference with Susan Duncan. So our little clone elite family is quite a fraught triangle.” Speaking of parent-child dynamics, “we get to explore this weird desire of Rachel’s to be a mother, herself, with Charlotte,” Fawcett shares.