There’s nary a witch or vamp in sight on executive producer Julie Plec‘s new CW drama Containment (premiering Tuesday at 9/8c), and the Vampire Diaries/The Originals boss is thrilled about it.

After several years of working on shows about supernatural bloodsuckers — not to mention, superpowered Tomorrow People — Plec is excited to explore the world of regular humans struggling to survive a deadly viral outbreak (while being separated from their loved ones by a quarantine).

“I enjoy so much of it because it feels so honest,” Plec says. “I don’t have to add thrills to the dialogue. I don’t even have to live too deeply in subtext. When you’re in a situation like that, you’re just honest. You’re raw and real.

“It’s been so fun to say, ‘We’re in a predicament, and there’s no magic spell to get out of this,'” she continues. “Either medicine and science will fix the problem or it won’t get fixed.” 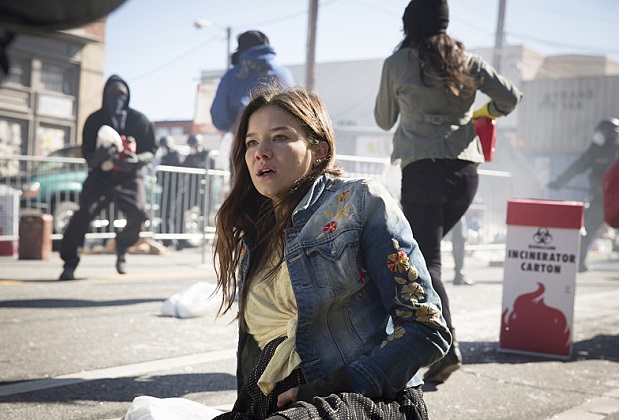 TVLINE | The pilot opens with a gruesome scene and then flashes back two weeks. What is the timeline during the first season?
It’s about 19 days, all in. We start at Day 13, and then we jump back to Day 1… And then we end the season [on] Day 19 or 20. So it’s very quick. I look at it as this is the season that says, “OK, bang, here you go. Get in there and survive this crisis.” And then by the end of the season, you realize the crisis is ongoing. So if it’s renewed for a second season, it’s going to be more about, “We survived the first wave. Now how are we going to survive the long haul?”

TVLINE | There’s a lot of gore and blood. What kind of discussions did you have with the network about how much to show?
When we were in prep with all the sick makeup I just said, “I want it to feel real. I want it to be grounded in science and medicine”… I will say that when we delivered the cut with the exploding spleen, we got asked to remove the shot by Broadcast Standards [& Practices] because they felt like it was too graphic. I just had to laugh because I chop off people’s heads and jab forks into people’s carotid arteries on a daily basis on the vampire shows, but a spleen is too graphic. That was the only conversation we had. 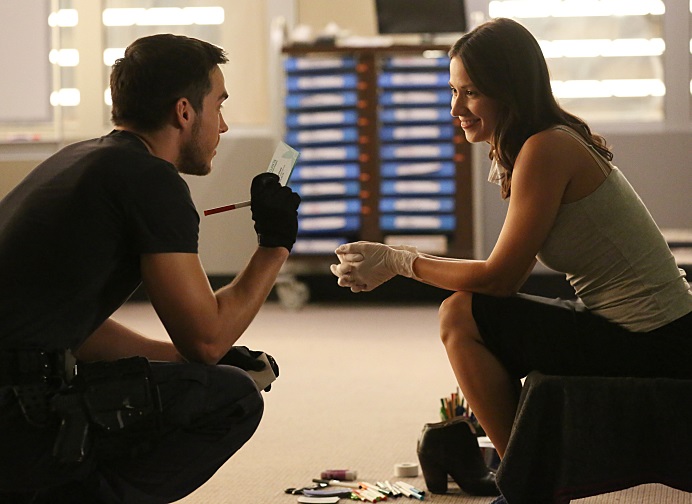 TVLINE | When you have a show where people literally can’t touch – they have to stay four-to-six feet apart because of the virus – how do you do romance in that environment?
That is the biggest hurdle that a writer could ask for in exploring a budding relationship on television. It’s not, “When will they kiss?” It’s, “How will they kiss?” They can’t. The power of a new relationship is all in the longing and wanting something that you’re not getting as a fan. You wait as long as you can on a normal television show to deliver on any of that. So this is like a built-in opportunity to make things happen in longing looks and uncomfortable glances and the silence between the moments, because you can’t use your physicality to flirt. So you have to connect in ways that are more pure and emotional.

TVLINE | Chris Wood made such an impression as Kai on The Vampire Diaries. When did you know you wanted him for this role? And was there any talking him into it? 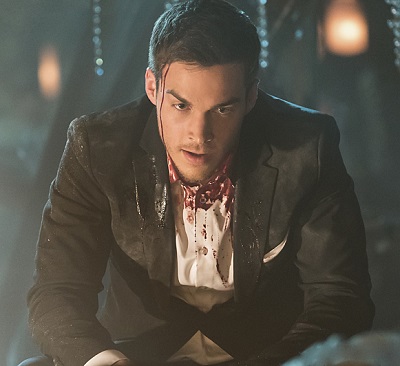 No, not at all. On the contrary. He was hanging out at my house over New Year’s last year, right before the pilot got picked up. I showed him and my friends the Belgian series [on which Containment is based], and he binge watched it over two days and called me and was like, “This is so good, and this character is so good. I want this.” I remember thinking, “Oh, God. What if he doesn’t get it? I’ll feel terrible.” ‘Cause I love Chris, I think he’s brilliant and I was hoping to be able to work with him again. [But] there’s nine more people that make decisions than me when it comes to casting a pilot. You have the director, the studio, the network. So I had to play that delicate balance of, “I really want you to get this part,” but in my head, I’m like, “If you don’t, can we still be friends?” [Laughs]

TVLINE | I feel bad for the cast, in a way, because anybody can die at any moment on the show. What is the death count like? Are we losing regulars?
The death count is profound in terms of the greater ensemble of the show — the recurring players, the guest stars. We probably have upwards of 25 to 30 characters that we get to know fairly well over the course of the season that I can probably, off the top of my head, guess that less than half of them will survive to see Season 2. How that applies to the series regulars, I won’t say because I don’t want to spoil. But death is a constant presence in the show.

Press PLAY below to watch the Containment cast and producers talk Walking Dead comparisons and more.