It’s only appropriate that Unbreakable Kimmy Schmidt‘s second season opens with the gang celebrating Christmas, as the return of Netflix’s Emmy-nominated comedy is truly a gift unto us all.

Season 2, which dropped early Friday morning, cracks open the lovable nuts we fell for in Season 1, allowing us to experience their weirdness on new, intimate levels: Kimmy (Ellie Kemper) still battles an unquenchable thirst for Dong, while also attempting to forge her own path; Jacqueline (Jane Krakowski) remains on the hunt for a replacement husband (“Time to get more D’s than a kid with undiagnosed dyslexia!”), while also reclaiming her independence; and Titus (Tituss Burgess) is discovering the meaning of love… while also saving his paychecks for a dramatic box of capes. 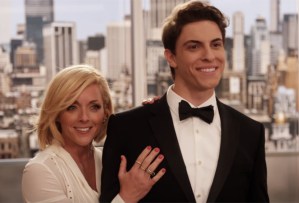 Though the entire cast brings its A-game, it’s Krakowski who can’t help but steal the spotlight; her Jacqueline White is even more enjoyable at the bottom (“Look at this view! If I can see New Jersey, that means it can see me!”) than she was at the top. Mark my words: There’s another Emmy nomination in Krakowski’s future, and if there’s any justice in this cold, cruel world, it’ll lead to a well-deserved win.

Another treat in Season 2 is Titus’ romance with Mikey, a somewhat-out-of-the-closet construction worker with a sincere appreciation for Tilda Swinton. Seeing Titus navigate the unknown waters of a — gasp!— healthy relationship adds yet another layer to Burgess’ character, already the angel food cake equivalent of a human being.

Of course, these characters aren’t growing alone. They come across a variety of delightful lunatics along their respective journeys, including Anna Camp (True Blood) as a nightmarish socialite with a dangerously high IQ, Fred Armisen (Portlandia) as Robert Durst, one of Lillian’s more *ahem* familiar exes; Doug Plaut (Daredevil) as the most uptight elf you’ll ever meet; and Zosia Mamet (Girls) as one half of a devious hipster couple bent on enjoying some soul food.

Also worth a separate shout-out is Amy Sedaris, who gives Krakowski a run for her money as Jacqueline’s erratic frenemy Mimi Kanasis. A mere one-off guest star in Season 1, Mimi returns in full force this time around, peppering Season 2 with her inimitable brand of hysteria. (Her meltdown during the Mentos montage in Episode 6 is among the season’s most gif-able moments.)

OK, fellow Schmidtheads, let’s talk: How deep into your binge are you? Any favorite episodes or performances so far? Grade what you’ve seen below, then drop a comment with more of your thoughts. 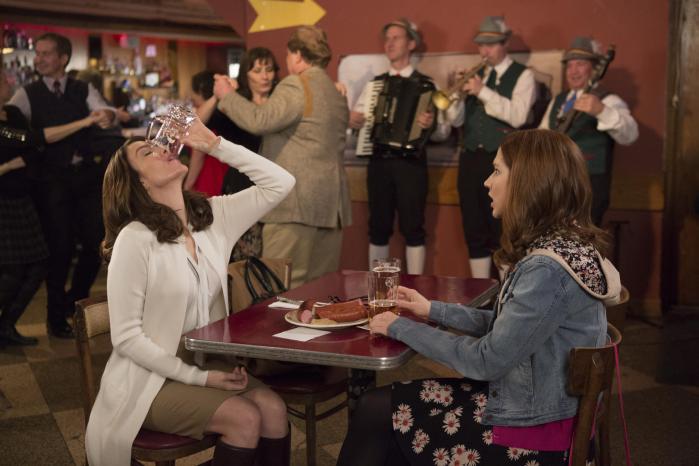