Malcolm-Jamal Warner, a different kind of crime story awaits you at USA Network.

The TV vet, who recently appeared in FX’s The People v. O.J. Simpson and has recurred on Major Crimes, will recur on Suits‘ upcoming sixth season, which finds Mike headed to jail.

Per our sister site Deadline, Warner will show up as Danbury Prison’s counselor, who must help inmates survive their time in prison and guide them toward rehabilitation. 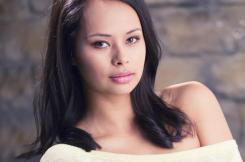 (Shortland Street) has joined Season 2 of Syfy’s The Expanse as “Bobbie” Draper, a Gunnery Sergeant in the 2nd Marine Expeditionary Force who in the growing conflict between Earth and Mars is forced to question her nationalist loyalties and make new, surprising alliances.

* The Daily Show With Trevor Noah will film in Cleveland during the Republican National Convention, from Tuesday, July 19, through Friday, July 22. (Get ticket information here.)

* TV One has acquired the exclusive cable rights to Empire, which will debut on the network in May with marathons of Season 2 leading up to the finale. Episodes from Season 1 and Season 2 will begin airing weekly this summer.

* Bravo announced Thursday that it has renewed The Real Housewives of Potomac for Season 2.

* If you’re in the mood for a new Preacher teaser, AMC has released another promo for its upcoming drama series, which debuts Sunday, May 22. Watch it below: