Blake Shelton and Christina Aguilera can rest tonight — but not too easily.

Their teams performed on Night 1 of The Voice‘s Season 10 Live Playoffs on Monday night — and while voting for officially closed at noon ET, there are still tough decisions ahead during Wednesday night’s live eliminations (8/7c on NBC).

Indeed, after the top two vote-getters from both teams advance, Blake and Xtina will each need to throw lifelines to one of their remaining four artists. Will they base their decisions on iTunes sales alone? Or contestants’ overall bodies of work? Or something less tangible? It’s impossible to predict.

What’s easier to determine is who America chose — or chose to ignore — based on the artists’ positions on the iTunes singles chart at the end of the voting period. Ch-ch-check it!

Not surprisingly, Team Blake’s front-runner Adam Wakefield looks completely and totally safe following a rock-solid cover of a Willie Nelson-Ray Charles ditty. Meanwhile, Justin and Paxton might as well attend results night with their own baskets (to collect their heads once the guillotine drops).

The fact that Katie, Joe and Mary all land within nine places of one another on the charts means we’ll have at least one nail-biter during the Wednesday telecast (provided Carson doesn’t somehow find a way to negate the suspense). I’m going to bet that if Joe doesn’t get saved by America, he’ll get Blake’s save — allowing the country coach to avoid any further vote-splitting between his female country singers. Katie’s “Georgia Rain” was vastly superior to Mary’s “Rose Garden,” but Blake seems to have a soft spot for the latter lady’s throwback vibe. If Katie isn’t No. 2 in overall votes — iTunes, Facebook and Voice app — I wouldn’t be surprised to see her head home.

Tamar has looked like a front-runner for weeks — especially on the basis of “Lady Marmalade” — but “Rise Up” was so overbaked that flames were shooting out of the oven. Sadly, I don’t think there’s any way her coach could save her — even if she really wanted to. Kata, meanwhile, gets the It’s An Honor Just to Make the Live Shows trophy.

With Alisan an absolute lock to advance based on her dominant chart performance, that leaves Xtina’s trio of hunky male artists to complete her team heading into the Top 12. While Nick’s iffy “Stay” surprisingly ranks above Bryan’s sexy “Pillowtalk,” the latter singer had more momentum heading into the episode — and will probably get America’s save based on app and Facebook votes. That will likely leave Xtina to make a decision between Ryan (the better singer of the two) or Nick (the one who sold more singles). Xtina’s hunger for a win will make her decision easy: I predict she’ll save the guy whose connection to the audience can be measured in units moved (Nick).

Who do you think will advance on Teams Xtina and Blake? And who should stay in the competition? Take our polls below, then hit the comments! 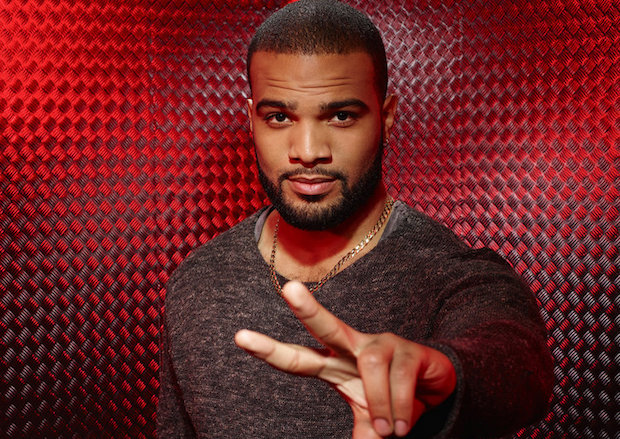