Here’s a quick rundown of the major twists and turns that took place during the two-hour event:

Mr. Boss found out Blaine is alive and had his goons kidnap Peyton, who was rescued by Blaine (sorry, Ravi); the Super Max launch party ended in a bloodbath — RIP Rob Thomas the singer — thanks to a zombie outbreak; Vaughn was eaten by a few of the undead, including his daughter Rita, who was later offed by Major; Liv killed a Romero-esque Drake to save Clive’s life; and Max Rager was bought by a private military contractor… run by a zombie boss lady who wants Liv to be part of the new world order!

But Liv revealing to her detective partner that she and Major are zombies in an effort to get her hungry ex-boyfriend out of jail may be the biggest game-changer heading into next season.

“[Clive is] part of Team Z now, so he’s going to be a very valuable asset in terms of his access, his training, his willingness to survive and sacrifice himself for others,” star Malcolm Goodwin tells TVLine.

Below, the actor talks about what the undead revelation means for Clive’s career and his personal relationship with (ex?) girlfriend Dale.

TVLINE | Clive finally knows the truth about zombies.
I feel like the truth came out in a very, very honest way. Clive’s initial reaction was he didn’t believe her even after [Liv] spilled all the beans and told him everything, and I love the fact that they gave him [that] reaction. That’s what the reaction would be. Clive knows zombies as being Walking Dead zombies [or] World War Z zombies. He doesn’t know them as functioning people who solve crimes. He doesn’t know zombies could be that. She had to go to an extreme and stab herself and that did the trick. That was fun to play. There were so many different reactions that we gave in that scene, and different performances that Rose [McIver] gave in that scene.

TVLINE | After she stabs herself, Clive adjusts pretty well to the idea that she’s a zombie. He’s not even mad at her for keeping this huge secret.
I don’t think Clive really had time to process it. That happened and then he had to sabotage his career, sabotage his girlfriend’s career, sabotage their relationship and also process the fact that he was being lied to and [kept] in the dark. It’s a whole avalanche of things that are happening around him. But Clive focuses on the task at hand, which is, “Let’s stop this apocalypse. Then we’ll really, really deal with all these other issues.” That’s consistent with his personality throughout the entire series.

TVLINE | This opens up a whole new world for the character. What are you excited to explore with him in Season 3?
One is I don’t even think Clive really fully, 100 percent dealt with the truth of this. He didn’t have time to mourn the loss of his relationship or his career trajectory and also to piece together, “Wow, Liv lied to me all this time.” He’s also got to process the fact that he saw these Romero zombies and they killed Rob Thomas, his favorite singer. … I always said in interviews that Clive represents a real person in the real world. Although he exists within the iZombie world, he doesn’t really exist within that world until now. There’s a lot that he has to take in [with] the ramifications of what happened in the finale. It’s going to be fun to explore that and how that changes him and also what he decides to bring to the team in order to help find the cure. 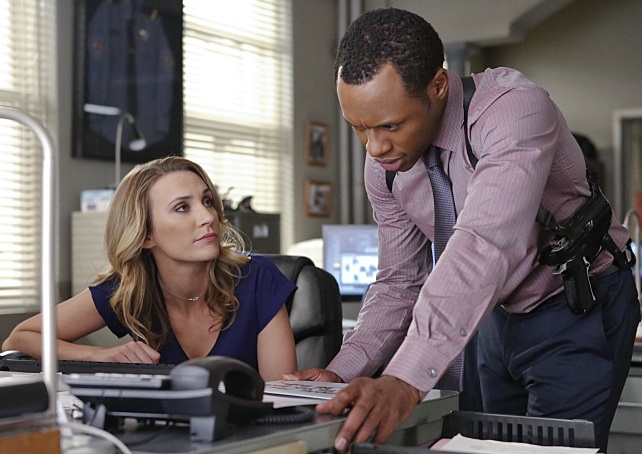 TVLINE | Clive and Dale had a great relationship. Are you mourning the loss of that personal storyline?
Oh yeah! I think people on Twitter thought she was going to die or something.

TVLINE | I was one of them.
[Laughs] I think Jessica [Harmon] even thought it, too. I’m so happy it didn’t happen. I think there’s still a chance for them. I think there’s still hope for them. It’s [about] whether or not Clive can tell her the truth, whether he’s going to do what Liv did with him and keep her in the dark… Because they did start the episode [with him] still reaching out to her. I don’t think that’s going to stop. But also, he could stop calling her in order to protect her. He doesn’t want her to be exposed and potentially get hurt, so he may keep his distance. But I love the fact that there’s options open there, that she is still out in the world and there is still a chance for them to possibly be together at some point. We love Jessica. What she did with that character was incredible. Hopefully, she comes back.

TVLINE | Clive sabotaged his chances at the FBI, but does the fact that he let Major go also jeopardize his standing as a detective?
Absolutely. It jeopardizes everything because he put it all on the line chasing this case that he wasn’t supposed to. He’s been working on the Meat Cute massacre [even though] they took him off the case in the beginning of the season. He’s been following his gut instinct. Clive has always been an instinctual person, which is why he buys into the psychic thing.

iZombie fans, what did you think of the season ender? Grade it via the poll below, then hit the comments to back up your selection!