THE SHOW | House of Cards

THE PERFORMANCE | Let’s just come right out and say it: Wright won House of Cards‘ fourth season by a veritable landslide. Her steely first lady stole the show early on as Claire went toe-to-toe with husband Francis in an epic battle of intellect and hubris, and Wright had us rooting for her FLOTUS every step of the way. (Not that she needed our support — she had the situation more than handled.)

While that marital battle raged, Claire was fighting a war on another front — with her disapproving (and cancer-stricken) mom Elizabeth (played to acid-tongued perfection by Ellen Burstyn). The pair’s painful history yielded one blockbuster scene after another, and allowed Wright to show us Claire at her most vulnerable. And this was particularly the case in the Wright-directed “Chapter 49,” which found Claire in the position of having to end the life of the woman she alternately loathed and loved.

The death scene in question featured nary a syllable of dialogue, thus requiring Wright to express all of Claire’s regret, anger and sadness using only her eyes. And express it she did. As Claire slowly administered the lethal dose of pain medicine to her bedridden mother, we felt every beat of her internal struggle. And our hearts broke right along with hers as she watched her mother slip away.

It was the perfect emotional climax to one of the series’ most relatable arcs, made all the more satisfying by Wright’s powerfully subtle and restrained display of grief. 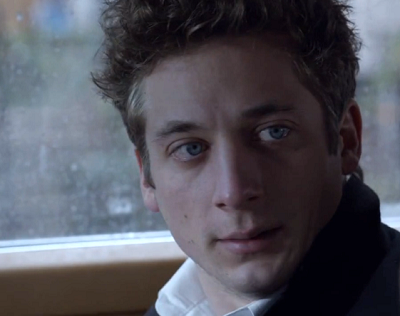 HONORABLE MENTION | Watching Shameless‘ Lip come to the realization during Sunday’s season finale that he is following in his drunken father’s footsteps was, simply put, heartbreaking. One of the most underrated performers on the Showtime drama, Jeremy Allen White expertly conveyed his character’s rebellious denial and reluctant acceptance of his problems. When his little sister Debbie expressed her concerns about his behavior, it was the final straw for Lip. Sitting in front of a rehab facility with his mentor, his voice broke and his eyes watered as he confessed that he couldn’t afford treatment. Although the bill was ultimately taken care of, Lip nonetheless dawdled apprehensively outside the building as White’s face filled with fear and anxiety. We would never wish ill upon Lip, but when it gives Allen the opportunity to deliver such a raw, emotional performance, the character’s pain almost seems worth it. 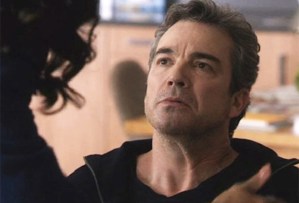 HONORABLE MENTION | The only thing more surprising than Jon Tenney’s explosive return to Scandal this Thursday was the incredible transformation he brought to the villainous Andrew Nichols. The physical repercussions from his stroke — most notably his pained, slurred speech — were so believable, they made his monologues uncomfortable to watch, even more so than (spoiler alert!) the image of Olivia beating him to death with a metal chair. Much as Andrew presented two very different faces during his days in the White House, Tenney straddled the line between sympathetic victim (“Do I disgust you?”) and reprehensible bastard (you know, that whole speech about Olivia being a cheap whore) so successfully, he kept us speculating about Andrew’s fate until the hour’s miserable, bloody end. 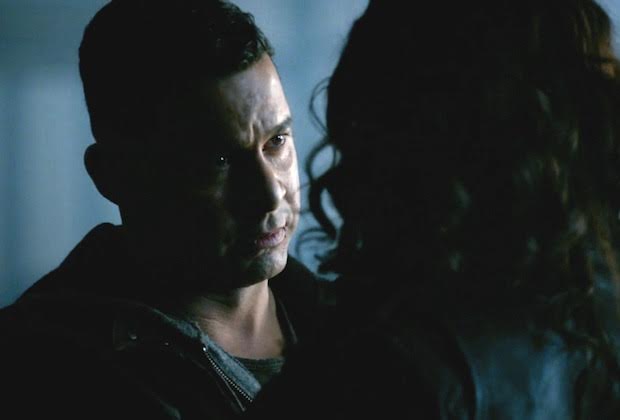 HONORABLE MENTION | It’s rare for the quiet portrayal of repressed feelings to “pop,” but Castle’s Jon Huertas this week made us feel every bit of Esposito’s conflict upon being reunited with his onetime fiancee. The look on Huertas’ face when Javi laid eyes on Sonia, whom he himself arrested years ago, got the emotional ball rolling. Espo’s attraction was underscored when during a warm moment, Sonia stole the tiniest kiss, and he barely deflected it. But Huertas most wowed us when Javi revealed how back in the day he almost forsook his badge and ran away with Sonia, “because I couldn’t imagine a life without you.” When Sonia suggests they live that life now, Huertas cradled guest star Angelica Celaya’s face. “It can never be like it was,” Javi deferred, adding: “If I was strong enough to arrest the love of my life, you are strong enough to face what comes next.” As the ex-lovers’ foreheads touched, we were as well.