Warning: The following contains major spoilers for Wednesday’s episode of The Americans

The Americans‘ big death during Wednesday’s episode may have left viewers in shock, but the show’s creative team had been planning Nina’s demise for quite some time.

“That’s where the story had been heading in our heads for a while,” executive producer Joel Fields tells TVLine.

In fact, there was a time when Fields and EP Joe Weisberg thought the Russian spy’s story would reach its conclusion much earlier in the show’s run. “But there was such beautiful stuff to play for her that it took longer,” Fields explains. Still, “we knew we were writing towards it. So it wasn’t as if we felt like we were running out of gas and had to come up with an ending. We were writing towards this ending for quite some time now.”

And what a finish it was: After bravely trying to get Anton’s letter to his son, Nina found herself in hot water with the Russian government. Her appeal was rejected; just seconds later, she was swiftly shot in the back of the head. The chilling scene was expertly performed by Annet Mahendru, who has “been wonderful in this role all along,” Weisberg raves, “but we feel that her performance just really reached a pinnacle in these four episodes of Season 4. She delivered such a beautiful and human character.”

Below, the EPs talk about saying goodbye to Nina and how her death will affect exes Stan and Oleg. 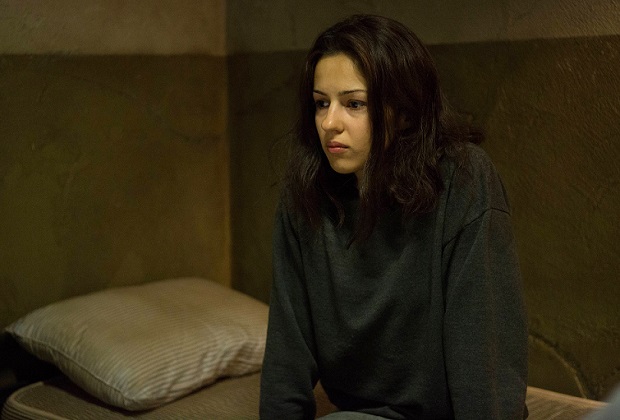 TVLINE | Annet said she was upset when she found out Nina was being killed off. What was it like for you to have to let this character go?
JOE WEISBERG | It was hard. It was very hard. What we had going for us that Annet didn’t is we knew it was coming for so long. So in a way, the character wound up surviving longer than we expected her to, just by virtue of how the story laid out. But it was hard. We love this character. It’s very emotional to lose a character you love even when you know it’s coming.

TVLINE | When was she originally supposed to die?
JOEL FIELDS | We went back and forth a little bit. There was a point at which we thought she might go at the end of Season 3. Then we fussed around with different episodes in Season 4. So yeah, there was a little bit of elasticity to it.

TVLINE | So poor Nina was always doomed?
FIELDS | Well, not from the very beginning. And frankly, you’ve got to define “doomed.” The truth is, this character transformed in a way that has great meaning, and she could have maybe found a way to continue on as somebody who would do anything to survive. But instead, she grew. And she grew into a character who was willing to take a risk to do the right thing for someone else. Although she paid the ultimate price for it, she grew into a much fuller person. Yes, she made her choices, and in all seriousness, we have a lot of respect for her choices.

TVLINE | The method of her death was so brutal and quick. How did you land on that?
WEISBERG | That’s how they actually executed traitors. We learned about it from a book written by our consultant, Sergei Kostin. His book came out after the end of the Cold War, and we tried to follow it beat by beat in our script. Our director followed it beat by beat [and] beautifully shot it. As soon as we read it, we thought, “This is the way to do it.” It was so dramatic and so powerful and, interestingly enough, so humane. Because the reason they came up with that system was to spare the person being shot any foreknowledge about what was going to happen so they wouldn’t suffer and be afraid. 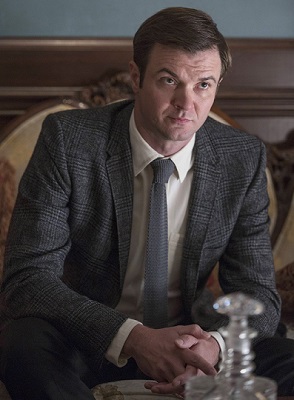 TVLINE | Nina has been separated from much of the main cast for a while now. Will her death reverberate for the rest of the characters somehow?
WEISBERG | I think it’s safe to say that Oleg’s father is very highly placed in the Soviet government, so he could easily find out what happened. I don’t think we ever saw that story as separated as maybe some people did. Even though the role was not as interconnected in the way that things are interconnected today with the internet and communications, it was still an interconnected role at the heart.

TVLINE | Did Oleg’s dad try to reach out to help her?
WEISBERG | He did try, but he just wasn’t successful.

TVLINE | A part of me wondered if we should be suspicious of his father, that he might have had something to do with her demise.
WEISBERG | That was not our intention. We’re fans of everybody coming up with their own conclusions, but I think 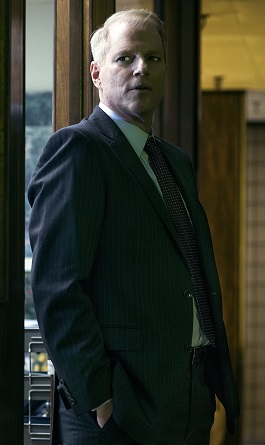 it’s fair to say that one didn’t occur to us. He was pretty straightforward with Oleg about what he could do and couldn’t do and what the risks were.

TVLINE | How will this death affect Stan? Is there any chance that he will get wind of it?
FIELDS | We don’t want to give too much away, but when we talk about interconnected roles, there’s going to be some powerful reverberations there. He took a lot of risks himself to try to help her. This is not going to pass unnoticed.

Americans fans, what did you think of Nina’s goodbye? Grade the episode via the poll below, then hit the comments to back up your pick!