Baby Daddy may be a comedy, but no one was laughing in the final moments of Wednesday’s spring finale — least of all Riley.

As you know from watching the episode — seriously, turn back now if you don’t want to be spoiled — Riley learned that Danny and Sam did hook up in high school, despite his previous denial that there was ever anything between them. She barely had time to process the news before declaring that their “someday” is officially gone.

Ben, meanwhile, left Sam (naked!) in the Hamptons when he realized his true feelings for Zoey. But when he finally arrived at her door to confess his love, he was greeted by an unfamiliar face: Zoey’s own baby daddy!

So, what’s next for Danny/Riley, Ben/Sam, Ben/Zoey and every other pairing imaginable — including Bonnie/Tucker? TVLine spoke with series creator Dan Berendsen for the scoop:

TVLINE | It took so long for Riley and Danny to finally get together. Why break them apart now?
We’re testing their relationship. When you head into happily-ever-after, how strong is it? Are they really meant to be? You’ll come to realize that, yes, they are. It’s the Baby Daddy version of Ross and Rachel being on a break. Like, whose side are you on in this? While Riley feels betrayed, this is something Danny did in high school when he and Riley were just friends. We’ll get some people saying, “He said he’s sorry, just move on,” and then others will say, “I’d never trust him again.” So they’ll be on a break at the beginning of the season, but I think it’s a legitimate question to ask: Where are they going? When they get through this, it’ll just make their relationship that much stronger.

TVLINE | Maybe it’s just wishful thinking, but could there be more (or less) to the bedroom story than we think?
There’s a little more to it, but I think you can sort of fill in what happened in the room. Danny definitely slept with her, it wasn’t misleading. 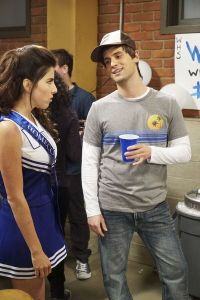 TVLINE | Sam is, for better or worse, an exciting addition to the show. Will she stick around?
Yeah. After this big blow-up, we’re going to see what happens. She’s working at the bar and living with Ben, but now she’s had this excruciatingly awkward moment with him. So we’ll see in the second half of the season if Ben and Sam might have a future together. I will say she’s probably not going to love that she’s his second choice, behind Zoey.

TVLINE | Speaking of Zoey, Riley is very supportive of her being with Ben. Why is that?
Riley looks at Zoey as the maturity that Ben needs. She thinks he needs to become a little more grown-up, though if you look at Season 1 Ben, he really has grown up a lot, especially when it comes to women. You’ll see him grow even more when we come back.

TVLINE | And will her baby daddy remain in the picture?
You will see him again in the first episode back; it’ll be pretty much a continuation of Ben having to deal with that situation.

TVLINE | I could watch a whole spinoff about Bonnie in Peru. Will she still be there when the show comes back?
[Laughs] No, she’s back in the new episodes. We’re hoping to do that if we get a sixth season, we’re hoping to do a little bit of that.

TVLINE | Bonnie joked about hooking up with Tucker this week. Have the writers ever seriously talked about something happening between those two?
We’ve had brief discussions about it, but never in a serious way. You’ll see in the summer run, there will be a full Bonnie/Tucker moment. … And you have to remember she has slept with his dad.

TVLINE | This is true. … Anything else you’d like to add?
Yes, actually. The season starts out with Riley putting Danny on trial for breaking her heart.

Speak to us, Baby Daddy fans: What’d you think of the finale’s (many) twists? Grade the episode below, then drop a comment with your full review. 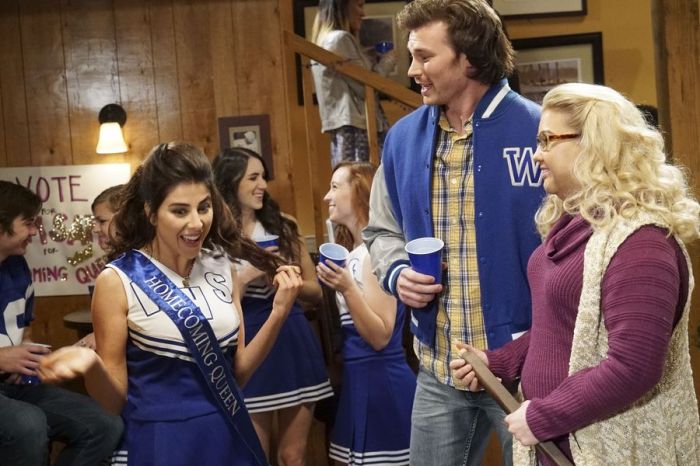