Damien Dahrk has made his point, in brutal fashion.

Speaking 1-on-1 with TVLine, Arrow showrunner Marc Guggenheim says that the eventual decision of who to put in the flash-forward mystery grave was born out of a desire to “move the show forward” in a way that impacts as many characters as possible.

So, as Team Arrow set out to thwart Damien Darhk’s Malcolm Merlyn-assisted prison break, it was Laurel Lance aka Black Canary — played by original cast member Katie Cassidy — who found herself on the business end of an arrow, with Darhk twisting it into her gut for good measure. Later, at the hospital, the would-be DA succumbed to her wound, though not before bidding Oliver and others an emotional farewell.

TVLine spoke with Guggenheim about the decision process that led to Laurel’s tragic demise, having that “hard conversation” with original cast member Cassidy, and which team members will be particularly affected by the loss. Plus: Who’s the new girl in town?

TVLINE | Eighty-seven episodes and out for Miss Katie Cassidy. This was a big one, man. I even got verklempt talking about it to someone the other day.
Yeah. This was big. I think it’s fair to say, without any disrespect to any of the other actors we’ve killed off — and lord knows there’s probably enough to spin off another show! — this is clearly the 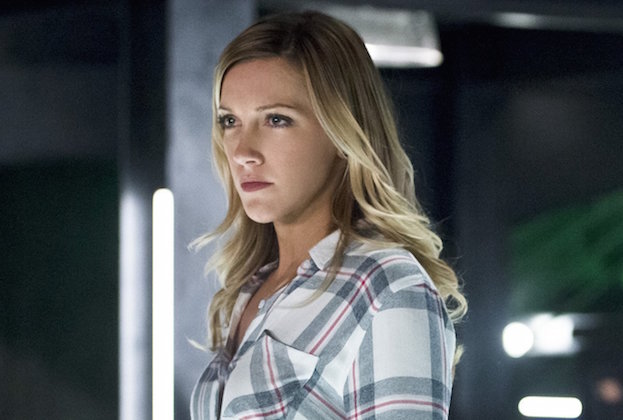 TVLINE | What were the arguments for and against the death being Laurel?
The argument against it was the fact that we all love Katie. We love working with Katie, we love having her on the show. We love the fact that she plays Black Canary. [Another reason is] quite frankly the fact that there would be some corners of the Internet who in a season where Oliver got engaged to Felicity would interpret this as us choosing a side in the “shipper wars.” With respect to that last point, we felt like we had told the Oliver/Laurel love story in Season 1, and we had no intention of getting them back together. We never felt like we had to kill off Laurel to put an end to that story.

TVLINE | Right, and you did give them some really nice callbacks this season. They had some talks that they needed to have.
I think so, too. A lot of those talks were written before we even made the decision [to kill Laurel]. When we went into the season, we really went in with an eye towards repairing the Oliver/Laurel relationship and moving them into a “friend” place — and a “good friend” place. 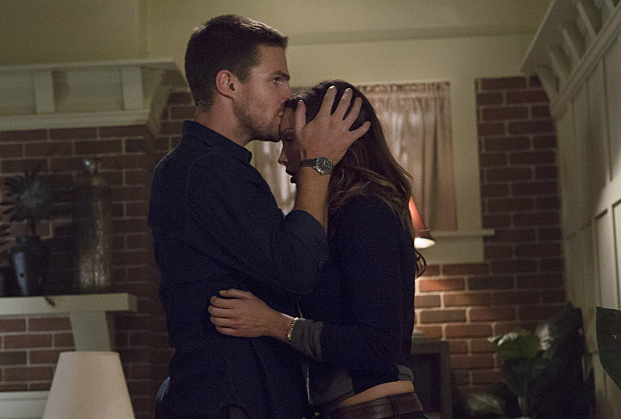 Those little moments weren’t to lay the foundation for a death we didn’t know was coming. Rather, as with the beginning of any season, we start off with a list of things we want to accomplish, and one of those things was to move Oliver and Laurel to a new, more healthy place. I was very glad we got a chance to do that. The scenes were very, very effective.

The reason to [kill Laurel off] is it is big. It is bold. It does move the show forward. It does impact all of our characters. Diggle and Thea in particular will be making a lot of choices from now until the end of the season that are directly influenced by the events of this episode. Fundamentally, whenever we kill off a character, it usually comes down to, “How will this death impact all the other characters?” Then there’s also the feeling of: We’ve had Laurel be in love with Oliver, fall out of love with Oliver… be in love with Tommy, lose Tommy… hit bottom, have a drug addiction… rise up, become the Black Canary….

TVLINE | Get invited to be the DA….
Get invited to be the DA…. But the truth is — and bear in mind, this is the lawyer/legal writer in me speaking — every time we’ve tried to set scenes in a courtroom, I don’t think it’s always been the strongest element of the show. It has nothing to do with the directors, the actors or anything. The show is just not built for that, and I feel like every time we do it, it shows. Some people occasionally tweet at me, “Why don’t we see Laurel in the courtroom more?” Honestly, it’s very expensive to go on location, and when we do it the scenes always fall flat for some reason.

TVLINE | It’s a very real thing within a slightly surreal world.
Yes. There’s that, and there’s also the argument to be made that television legal dramas are kind of an old genre. It’s hard to keep the camera moving in a dynamic way, so the show feels like it slows down. Long story short, we were looking ahead toward Season 5 and we were like, 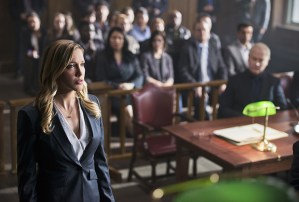 “It kind of feels like Laurel’s story has come to a very organic… if not “conclusion,” certainly a “plateau.”

Look, you’re going to publish this and the people who love Laurel and love Katie are going to say we didn’t try hard enough, that we have failed this character. And I fully respect their point of view — they’re very vocal and very passionate. Katie and the show are lucky to have them. But at the end of the day, we have to tell the story we’re telling, and we did it in spite of what we imagine will be a rather loud response from a very vocal minority.

TVLINE | How did Katie take the news? Did the fact that a death had been teased in the season-opening flash-forward soften the blow at all?
I would say probably not. Look, it’s a hard conversation for both parties to have, for the showrunner and the actor. And we’ve had a few of them. I will say that Katie, from that conversation to when she show wrapped, has been a class act all the way. She’s been so professional and so gracious. And what’s kind of nice is the fact that [Arrow, The Flash and DC’s Legends of Tomorrow] have introduced different elements [that allow for improbable returns], so fundamentally no one is ever gone for good. In fact, right after we show wrapped Katie on Arrow, she signed on to be in [CW Seed’]s Vixen Season 2, she signed on to be in an episode of Flash. I said to her that between the three shows we have time travel, resurrection, parallel universes and flashbacks — dead does not mean goodbye. I meant it when I said it, and lo and behold within the space of a month there are two more instances where she’s working for us. Again, I’ve got to give Katie a lot of credit. There are a lot of actors who would have been petulant. They would have had a colorful response.

TVLINE | But this isn’t her first rodeo. She’s been on a lot of shows. She is a pro.
She is such a pro. And that’s one of the things she said — “I know the way this business works and the way this show works.” One of these days, I swear to God, we’re going to kill off a character who’s played by an actor we don’t like, and it will probably 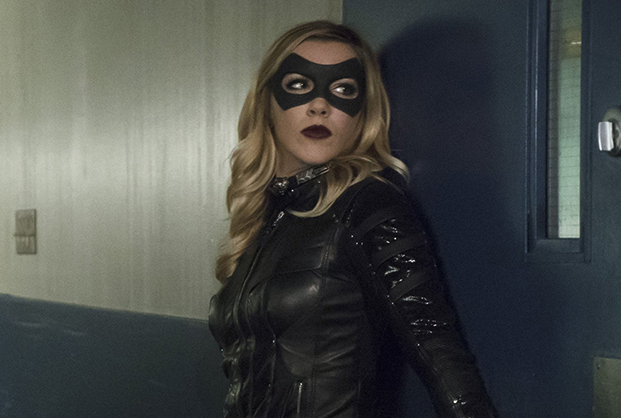 feel very different. But the truth of the matter is everyone’s who has died on the show have all been [played by] genuinely wonderful people. Katie, in addition to being a pro, is also in possession of a really good story sense. She’s always understood the show very well, she’s understood her character very well. It didn’t require a lot of explanation or persuasion for us to articulate what this story development would do for the series going forward. She’s a really smart cookie.

TVLINE | Were any other manners of death for Laurel considered?
We did talk about a lot of different things. “Does Damien use his magic on her in a more direct way?” We talked about all of the various ways, quite frankly, you can kill someone. This felt to us in the writers room as the most sort of… “poetic” is the wrong word…

TVLINE | “Live by the arrow, die by the arrow?”
Damien is using Oliver’s own weapon against her. That’s a particular kind of viciousness.

TVLINE | Quentin didn’t get to say goodbye to Laurel. Why the decision to again heap that extra bit of hurt upon the poor guy?
I’ll be totally frank with you — I don’t remember. I just remember being in the writers room and pitching out this moment, where Oliver walks out of the room, Lance comes around the corner, Lance sees the look on Oliver, and he immediately knows.

TVLINE | The team of course is now down a man, and at a critical time. Is that perhaps where the mystery character being played by Madison McLaughlin comes in? To maybe eventually fill that void?
I don’t want to spoil it, honestly. Madison is terrific, she’s in Episode 19 in a circumstance that is very dependent upon the events of [this week’s episode]. [Arrow writer] Brain Ford Sullivan pitched a very interesting story involving her character that is something we haven’t done on the show, and is something I don’t think any show has ever done.

TVLINE | That’s plenty cryptic, but I can work with it.
Cryptic is what I do, man!