THE PERFORMANCE | Girls‘ Marnie Michaels is privileged, selfish and maddeningly self-absorbed. But Allison Williams’ deft, multi-layered performance in last Sunday’s episode — one that focused entirely on her character — reminded us Marnie is also wickedly entertaining and sometimes achingly lost.

The opening three-quarters of “The Panic in Central Park” played like a deluded fairy tale for Marnie, as she stormed out of her apartment after a fight with husband Desi, bumped into ex-boyfriend Charlie and embarked on an adventure littered with red flags and warning signals. The actress’ dreamy smile and giddy demeanor played like the physical manifestation of rose-colored glasses —  which Marnie refused to remove even as Charlie’s repeated trips “to the bathroom” and squalid apartment made it clear he’d descended into drug addiction.

Occasionally, Williams allowed us to see the sense of loss Marnie continued to experience over her split from first love — “You were my family. You know that,” she confessed, her voice filled with a quiet seriousness — but not even a fall into the Central Park Pond and a scary encounter with a mugger could break the nostalgic spell, leading to a night of passion and dreams of running off together to open a general store.

In the morning, as Marnie discovered heroin gear in Charlie’s pockets and set off (barefoot!) through the quiet New York streets, Williams’ face registered numbness, sadness and confusion — all of which gelled into something resembling an epiphany as she arrived back home and told Desi she no longer wanted to be married. When Marnie’s infantile spouse wept and begged her to “remember the hope of the beginning,” Williams turned Marnie’s tearful regret into biting incredulity. “The hope of the beginning?!” she barked, realizing the absurdity of her entire relationship with Desi. “You mean when you had a girlfriend, and I saw you like twice a week, and half the time that we f***ed you covered my face with a pillow because you couldn’t handle the guilt?”

Later that morning, sneaking into bed with BFF Hannah and her boyfriend Fran, Willams continued to play Marnie as shellshocked and a little lost, but the slightest hint of a smile was a signpost that this mess of a twentysomething might finally be on the road to happiness. 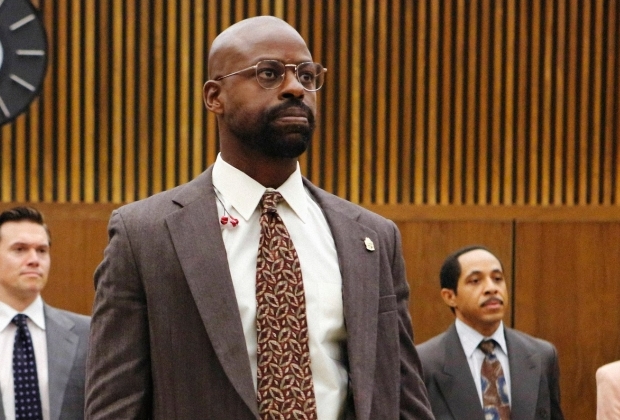 HONORABLE MENTION | The next time Christopher Darden runs into Sterling K. Brown, the actor who plays him on The People v. O.J. Simpson: American Crime Story, he might want to shake his hand. Brown’s portrayal of the prosecutor has been a quiet masterpiece, a subtle examination of one frustrated man’s desire to see justice done. In this week’s episode, Brown took Darden to his absolute limit, fueled by the lawyer’s anger over both the Los Angeles Police Department’s institutional racism and Johnnie Cochran’s choice to play that card in Simpson’s defense. Darden’s incredulous courtroom outburst was the showiest bit, but we were equally moved by Smith’s wordless moments with Sarah Paulson’s Marcia Clark: What Brown can communicate with a mournful glance — such as the one they exchanged as Darden dangled on contempt-of-court charges — would take other actors pages of dialogue to achieve. If Ryan Murphy stays true to form and repurposes the series’ cast for subsequent seasons of American Crime Story, here’s hoping Brown is one of the first calls he makes. 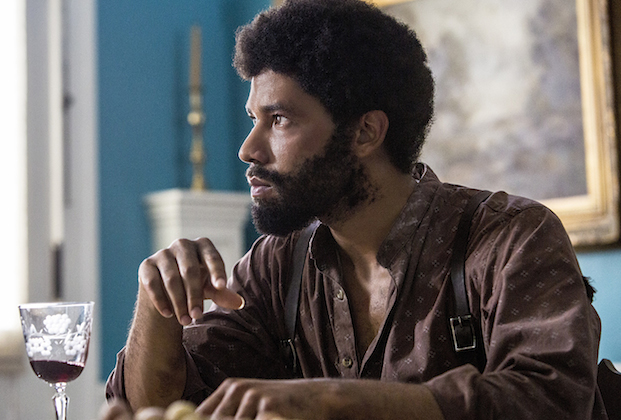 HONORABLE MENTION | Jussie Smollett delivers the occasional outburst as Jamal Lyon, but nothing he has done on Empire rivals the wild-eyed intensity of his visit to this week’s Underground. Guesting on the WGN America drama as runaway slave Josey, Smollett stared daggers (and thrust an actual one) at John Hawke, an abolitionist mistaken for the man who sold off Josey’s wife Tempy nine years ago. “Tell me the truth! Tell me you sold her,” Josey dared John, Smollett’s face seething with anger. When John spins a yarn that assuages his abductor some, Smollett flipped a switch and revealed Josey’s measured relief… until the fib was found out. “Just one lie-after-lie-after-lie-after-lie…,” Josey hissed. “Now I have to cut your lyin’ tongue out!” Airing as it did after Empire’s midseason premiere, the fiery performance dynamically capped a Smollett double-header.