The votes are in, and if you have your way, the 2016-17 broadcast TV season will again be populated by agents Mulder, Scully and Carter.

TVLine recently invited readers to vote to KEEP or CUT (or render NO OPINION on) 30 network shows that for any number of reasons had yet to be renewed. The chart below shows which percentage of those who expressed an opinion believe a show is worth keeping.

♦ The polls receiving the largest total number of votes were, in order, Castle, Second Chance, American Crime, Blue Bloods (which has since been renewed) and Agent Carter. On the flip side, Telenovela, Rosewood and The Real O’Neals commanded the fewest clicks.

♦ The shows receiving the highest percentage of “I have no opinion/I don’t watch” votes — thus suggesting an overwhelming sense of “meh” — were Cooper Barrett’s Guide (78%), Bordertown (75%) and American Crime (68%). Meanwhile, the programs eliciting the strongest opinions — for a second year in a row — were Castle and the recently renewed Elementary and Hawaii Five-0.

♦ Last year, the “KEEP” chart was topped by Castle, Elementary and S.H.I.E.L.D. (all of which were ultimately kept), while Backstrom, Marry Me and Resurrection brought up the rear (and inevitably did).

ALL POLLS ARE NOW CLOSED. Review the results below: 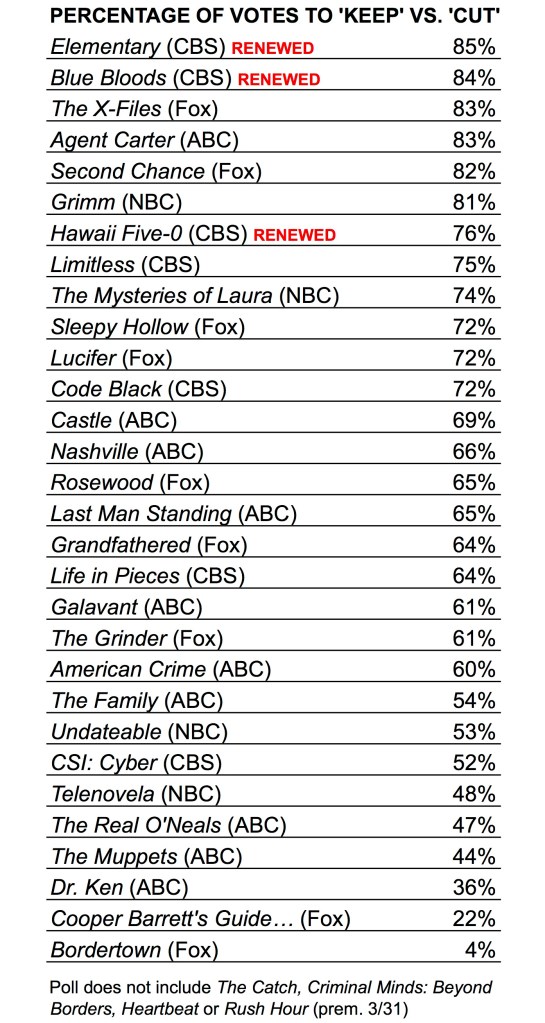 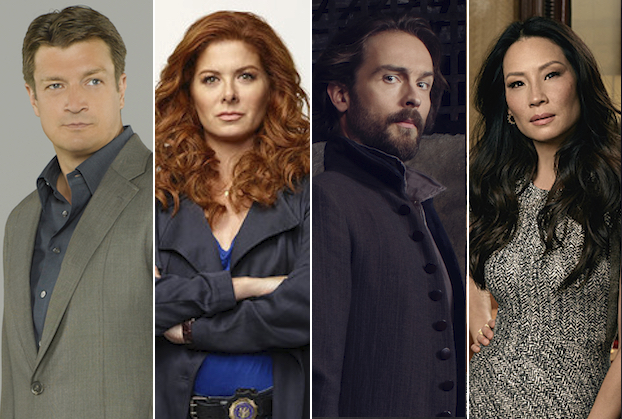