The following article contains potential spoilers about the Season 6 finale of The Walking Dead. If you’d prefer to be surprised, look at the flowers instead.

In Robert Kirkman’s Walking Dead comic book series, no sooner is Negan introduced than he’s used Lucille, his barbed-wire-covered baseball bat, to bash in Glenn’s skull. And since, well before Sunday’s sixth season finale (9/8c, AMC) — which marks Jeffrey Dean Morgan’s debut as the Saviors’ infamous leader — showrunner Scott M. Gimple revealed that he was tempted to play out the murder “exactly like the comics,” it would appear that 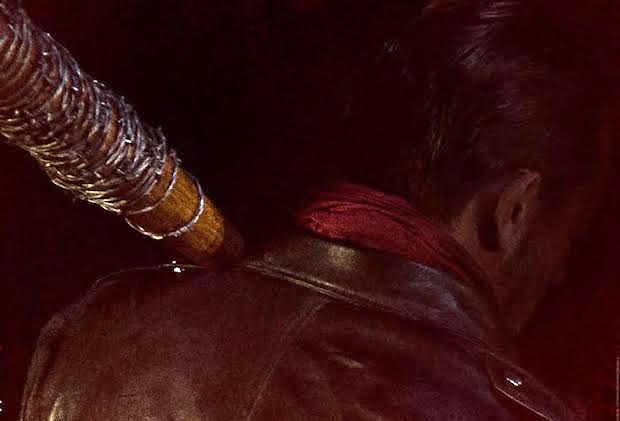 Maggie’s husband is a goner.

But is he really?

The TV version of The Walking Dead has veered away from its source material before. For example, at the point when we meet Negan in the comics, Andrea and Sophia are both still alive and kicking — and Judith is long dead. So maybe the small-screen adaptation will once again zag when we expect it to zig?

Whoever Negan uses for batting practice, it’s definitely gonna hurt. The season-ender is the post-apocalyptic drama’s most “gut-wrenching” yet, according to Norman Reedus (Daryl).

So what do you think? Is Glenn toast? Or will Negan use his first turn at bat to whack (heaven forbid!) Daryl, Abraham or someone else? Vote in the poll below, then make a case for why you’re right in the comments.