There are no skinny jeans in new mom Petra’s near future on Jane the Virgin.

Now that her character has given birth to daughters Anna and Elsa, “We’re down to a post-pregnancy belly,” Yael Grobglas tells TVLine. “It was very important for all of us to get that right. Your body doesn’t actually bounce back that quickly from having twins.”

That kind of authenticity surrounding motherhood has been a trademark of the CW series. In fact, the actress’ experience filming the delivery scene in the March 7 episode was so realistically grueling she “nearly fainted a couple times,” Grobglas shares. “I had a kind soul [get me] orange juice to keep my blood sugar up, because it was really exhausting and we did it for, I don’t know, 12 hours. The pushing and the mimicking – it was hard.

“I can’t even imagine what real birth would be like if fake birth was this difficult,” she adds with a laugh.

Still, Grobglas loved shooting the pivotal hour – “That was probably the most fun I’ve ever had since I started acting,” she raves – which found Petra letting her walls down and relying on her frenemy’s help.

“It was so fantastic to have Jane there and see how that affects their relationship,” Grobglas says, adding that viewers “can expect more moments of friendship. I think it’s going to develop, but slowly maybe.”

Meanwhile, the unexpected pals will continue to have very different experiences as mothers in upcoming episodes (including tonight’s ep at 8/7c), with the blonde struggling in the unfamiliar role. “Let’s not forget, this is so new to Petra,” Grobglas notes. “She was having a hard time imagining one baby, and now she has two. It’s just a difficult time adjusting. Jane comes from this super support system of women…and Petra’s only example was Magda, which is maybe not the best maternal example. [Laughs] She’s going through a learning process here.”

But it won’t just be parenthood that brings drama for the character. “Being Petra, there’s a lot that comes into play,” Grobglas teases. “There are some of my favorite scenes ever coming up that I can’t say anything about. 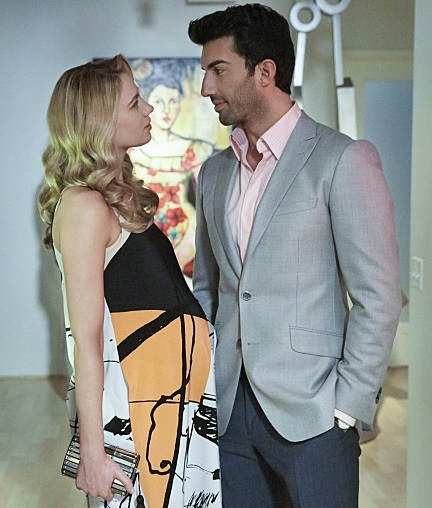 But it’s going to be fantastic.”

As for Petra’s relationship with Rafael, Grobglas believes “there’s always going to be some connection” between the exes, but she’s “so proud” of Petra for rejecting him.

“I do think she deserves better than somebody who loves somebody else,” the actress explains. “She’s a wonderful person and she might not have thought the highest of herself through the first season and some of the second season, but now she does.”