Ever since The Family viewers spied Adam Warren watching old home movies on a loop, attempting to perfect the way his young self said, “I want a big piece! I want the frosting!” there has clearly been something a little off about the Warrens’ long-lost son.

Fortunately for the home audience, series creator Jenna Bans is hyper-aware of how many mysteries the ABC drama has introduced in just four installments — and she promises that Sunday’s episode (9/8c) will answer the major, lingering question of Adam’s identity.

“We’ll know definitively — which is what I’m most excited about — the answer to the DNA question, which is whether this is really Adam Warren or not,” Bans tells TVLine. “It’s a big episode for us.” 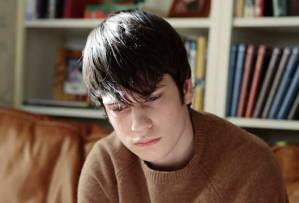 And even though she can’t say if Adam really is who he claims to be, Bans says the forthcoming paternity test results will kick off a string of big reveals about the entire Warren family.

“Over the next three episodes, you find out so much,” she teases. “The mystery takes on a different story drive, and it gets really interesting.”

Sunday’s installment will also resolve a second, more recent cliffhanger: Who’s responsible for beating Hank Asher with Adam’s baseball bat and leaving him for dead? Given that John Warren was the last person to see Hank before he was assaulted, Bans confirms that all eyes will be on the family patriarch as an investigation unfolds.

“It creates a lot of interesting questions for [John’s] family — not only because Claire is running for governor and they have this huge spotlight on them right now, but it brings up a lot of relationship issues between him and Claire, and him and his daughter, Willa.”

Continues Bans: “It really raises the question of who’s going to believe [John]. Who’s going to have his back? What will this do in terms of the election, and did John really do it? That plot point is definitely tied up in a way that is very character-revealing of [Hank’s] attacker.”

If you’re tuning in for Sunday’s Family, who do you think attacked Hank — and do you believe that Adam is really Adam? Drop all of your theories in a comment below.