TVLine has learned that Fehr has boarded Marvel’s Most Wanted as “a well-known character from the Marvel comics who will prove a force to be reckoned with” for former S.H.I.E.L.D. agents Bobbi Morse and Lance Hunter (played by Agents of S.H.I.E.L.D.‘s Adrianne Palicki and Nick Blood). 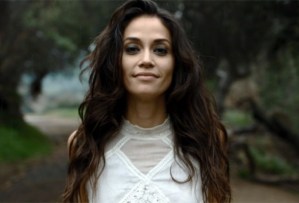 Widow) has been cast as Christina Santos, the tough-as-nails niece of Dominic Fortune (played by Delroy Lindo). Fortune and Santos work side-by-side appearing to help Bobbi and Hunter while also pursuing their own agenda. Word of the castings first appeared on SpoilerTV.

In the potential S.H.I.E.L.D.  offshoot, Bobbi (aka Mockingbird) and ex-husband Lance are on the run with no friends, no S.H.I.E.L.D. and a long list of enemies looking to claim a bounty on their heads. Able to trust no one but each other, Bobbi and Hunter form an uneasy alliance with Dominic Fortune, a rogue adventurer with a wealth of resources and even more adversaries, who agrees to protect them so long as they help him with his own agenda. While on dangerous missions that take them to every corner of the globe, the two heroes will help anyone in need, all while trying to uncover the conspiracy that put their own lives in jeopardy.

Ready, set, share your theories on whom Fehr is playing!