His son announced the news via the producer’s Facebook page, noting his father passed while listening to one of his favorite songs, John Denver’s “Rocky Mountain High.” 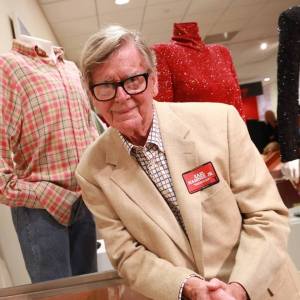 He also served as narrator for the long-running family favorite, which ran for nine seasons in the 1970s, and spawned a series of subsequent TV movies.

Falcon Crest, a California-set primetime soap, couldn’t have been more different in tone from The Waltons, but it, too, lasted a whopping nine seasons.

Hamner also penned eight episodes of The Twilight Zone, four episodes of Nanny and the Professor and nearly a dozen books.

Listen to a clip of Hamner’s narration below, then share your own memories of the producers’ work in the comments.