The following recap, by the very definition of the word “recap,” containers spoilers from this week’s Agents of S.H.I.E.L.D.

This week on ABC’s Agents of S.H.I.E.L.D., the “cold-blooded” murder of three highly decorated members of the Russian government wound up, quite sadly, subtracting from the ranks of Coulson’s team.

As the episode opens, both Bobbi and Lance are being held for interrogation in the wake of the aforementioned assassinations, which took place at a decommissioned power plant being used for Malick’s meet-up with Russian delegate Anton Petrov. As they cheekily respond to the barrage of questions — Bobbi places a dinner order (Curly fries, crispy”), while Lance regales us with fun facts about mushroom-based cuisine (“Dried porcini!”) — flashbacks reveal how we got to this point….

Upon escaping from “the belly of the beast” aka Malick’s jet, Bobbi and Lance perform recon of the area (when not arguing about whether they’ve ever had a proper vacation), spying an Inhuman being wheeled into the complex. They’re soon enough caught, yet easily overpower the guards. The rest of the team eventually joins them for an infiltration, a it is gleaned that no less than a Russian general is an Inhuman and he is on the premises — with the intent to “deal with” the prime minister who opposes the sanctuary plan.

The general’s “power” is the ability to split off his “shadow,” a tactile entity capable of wielding much muscle while being impossible to counterattack. As such, it does quite a number on Mack, and then Daisy. Lance is the last to go up against the shadow, though by then Simmons has suggested that taking out the general himself will neuter the threat — and that is precisely what Bobbi does, with a bullet, before surrendering to her eventual captors. Ditto Lance, who all this time bravely, thanklessly, protected the prime minister.

Back to current time 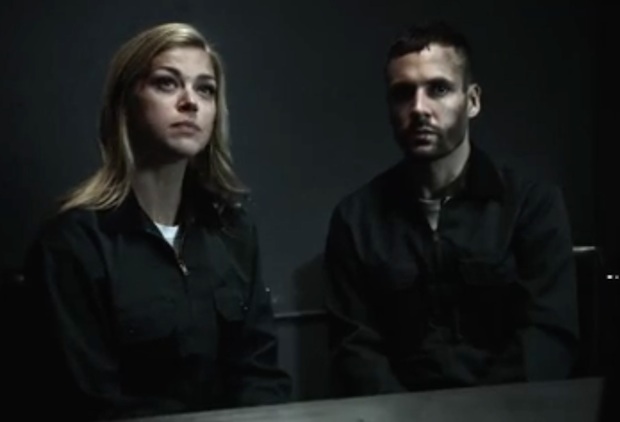 in the interrogation rooms, Coulson arrives on the scene to covertly offer Bobbi and Lance an “out,” one that will save them from prosecution, but they instead agree to “take the bullet” and in doing so keep S.H.I.E.L.D. out of the global crosshairs. The duo then stick to their story — they were just a couple on a mushroom hunt, not affiliated with any spy organization — after which Coulson remarks to the prime minister, quite pointedly, that these two civilians A) saved the bigwig’s life and B) wiped out his opposition. With that made clear, the prime minster concurs that they are free to go.

Now without a country, Bobbi and Lance retreat to a watering hole to ruminate about their next destination… until the former realizes that Jemma is there, in a corner, to discreetly toast them goodbye. As is Mack. And May…. The whole team deftly showed up to give them a “spy’s goodbye.”

Following that bittersweet note, the episode leaves us with a typical tease, in which Malick relates the latest developments (Hive and Coulson’s obliviousness included) to a young woman — his apparently fierce daughter Stephanie, played by One Tree Hill alum Bethany Joy Lenz.

What’s next for “HuntingBird,” and will they ever appear on S.H.I.E.L.D. again? TVline will have a Q&A with Adrianne Palicki and Nick Blood following the West Coast broadcast.