Penny’s trip to the limbo-like world of the Neitherlands in Monday’s The Magicians (Syfy, 9/8c) may leave him wishing he was back in hellish Fillory.

Given the dangers of his new surroundings, Penny’s main objective is “trying to find his way home — quite literally,” his portrayer Arjun Gupta previews. With no allies by his side and no clear way back to Brakebills, he is forced accept “the most terrifying option, which is to rely on Quentin for help.”

Here, Gupta talks about the Neitherlands’ “not-so-nice” residents — Penny may come in peace, hence the Vulcan salute in the above photo, but they definitely do not — and the traveler’s “darker” journey to come.

TVLINE | The world looks very striking in the promo. Can you talk about the style of it and what viewers can expect to see?
Elie Smolkin, who’s our [director of photography], deserves a lot of credit here. He’s done an amazing job creating a different look for each world. [With] the Neitherlands, he really was racking his brain as to, “What can I do to really change the look and, visually, tell a story?” He ran some tests with me throughout the season, so I got to be a bit on the inside of that conversation. It was really exciting to see those guys try to figure out something that was different and puts people in uncomfortable situations [as we] tell the story of what it is to be in limbo, which this world is a little bit of. 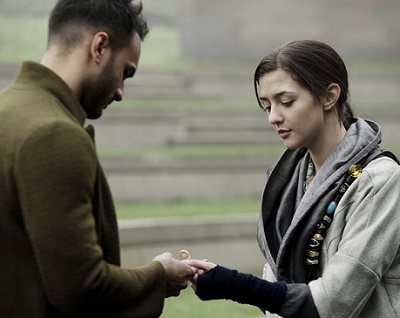 TVLINE | What kind of trouble does Penny find there?
Trouble finds Penny! There’s the big trouble of, “How do I get home?” But he also comes to find that there’s a group of people (one of whom is played by Carrie Diaries‘ Katie Findlay, right) that are not-so-nice to tourists, let’s put it that way. So he’s navigating trying to find safety.

TVLINE | Penny doesn’t seem to like Quentin (played by Jason Ralph), but he keeps allowing himself to get sucked into helping him or whatever drama is going on in his life. Why is that?
I definitely don’t think that Penny gets sucked into Quentin’s drama; I think he just tries to save his life ’cause Penny, ultimately, is a good person. He would try to save anyone’s life. But you bring up a very interesting point — they do keep finding each other in each other’s worlds, reluctantly. There is some bond there that I don’t think either of them is ready to admit to or talk about or even acknowledge in any form. But it’s fun that we, as an audience, get to see it happening.

TVLINE | So can Penny trust Quentin and his friend to find a way to rescue him?
I don’t think that trust ever enters into Penny’s mind. I don’t think that he has a choice. Trust is an incredibly difficult thing for Penny to do. I don’t think he trusts anyone – period – in life. The only person that he’s trusted, of late, started to be Kady (Jade Tailor) — and [after] that [was] ripped apart, his distrust is probably at an all-time high at this point. 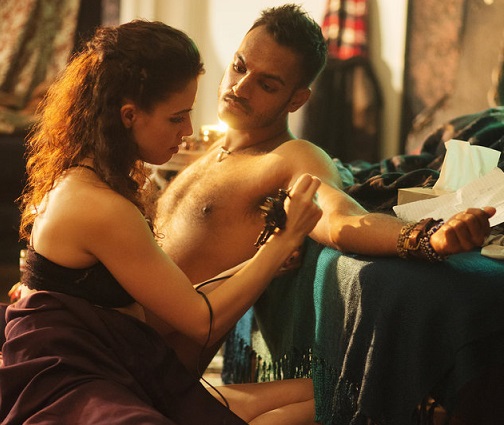 TVLINE | I have to admit, I’m sad that Penny and Kady have gone their separate ways. Is there any hope for them?
I don’t know. It was a beautiful relationship that was starting to be built. Having it fall apart the way that it did was really necessary to bring Penny to a darker place and to bring forth his journey. But I don’t know what the future holds, at all. I know that Kady’s coming back in the next episode. She starts to have a different storyline and starts to interact [with characters] in different ways. That was the only space where Penny was vulnerable and felt safe, so having that ripped apart has sent Penny on to exciting, new spaces. The relationships that he’s starting to build and the energies that are mixing together as they move forward is really fascinating.

Want more scoop on The Magicians, or for any other show? Email insideline@tvline.com and your question may be answered via Matt’s Inside Line.