The Fosters will sing a classic tale of woe next Monday (at 8/7c) when the Freeform drama raises the curtain on composer/pianist Brandon’s Romeo and Juliet-inspired rock musical R&J.

But Verona’s tragically fated lovers aren’t the only ones experiencing the highs and lows of young romance during the episode. Below, co-creator Bradley Bredeweg and star Cierra Ramirez reveal how R&J impacts Mariana (who plays Juliet) and Brandon’s respective relationship crossroads. (As you can see in the above sneak peek, the lines between what’s real and what’s pretend start to blur for the leading lady.)

And lest you worry that the production, with its 12 original songs — available on iTunes Monday at 8/7c — will take over the hour, Bredeweg assures TVLine that it still “feels like a Fosters episode.”

TVLINE | As the musical is going on, you still have to address the ongoing arcs. So how does R&J propel the story forward?
BRADLEY BREDEWEG | The challenge for us on every other episode is to intertwine and weave together all of our storylines, because we have such a big family and such an important cast. We tackled this episode in the exact same way. We looked at all the stories that were converging into this episode, and we just sat back and worked really hard at weaving them throughout the musical numbers. We have a lot of our cast in the audience, watching the show. Those moments became just as important. As they’re watching the show, we want to know what they’re thinking and what they’re going through, personally, so we understand what their attachment is to [the events] happening on stage.

TVLINE | How does the musical reflect what’s going on in Mariana’s love life right now with her ex Mat and current boyfriend Nick?
CIERRA RAMIREZ | The two worlds have collided. She’s never had closure with her and Mat’s relationship. To be going through this whole process of being in a play with him where they’re [playing] love interests has been very hard for her. He’s never wanted anything to do with her since [their break-up], and that’s been really hard for her. But you see over the progressing episodes that there is this undeniable love that they have for each other. So to be portraying these characters [in R&J] that are so close to what they are — [Mariana and Mat] have this forbidden attraction to each other now that they have other people in their lives — it’s going to be hard. I’m excited to see how it all unravels. 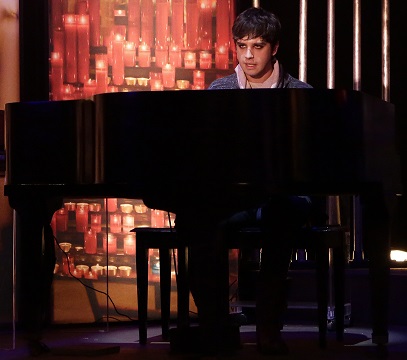 TVLINE | This is also an important episode for Brandon and Callie. Bradley, there are a lot of parallels between them and Romeo and Juliet, so what should fans expect?
BREDEWEG | From the very beginning, they’ve been star-crossed lovers. We continue to explore the different versions of that story… In a way, this [musical] became a tool for Brandon to explore all of those emotions. It was just a natural fit for us in our storytelling to let him play out those emotions and those deeply seeded feelings in his senior project and on stage.

TVLINE | Do you have a favorite musical number from R&J?
RAMIREZ | I love “Brave,” with the dress on, just because of how emotional it was. But all of the group numbers have to be my favorite because there was so much going on. It was so much fun to do. It’s unlike anything we’ve seen on the show and unlike anything I’ve ever done. To be able to do that and work with that amazing team was just a dream come true. 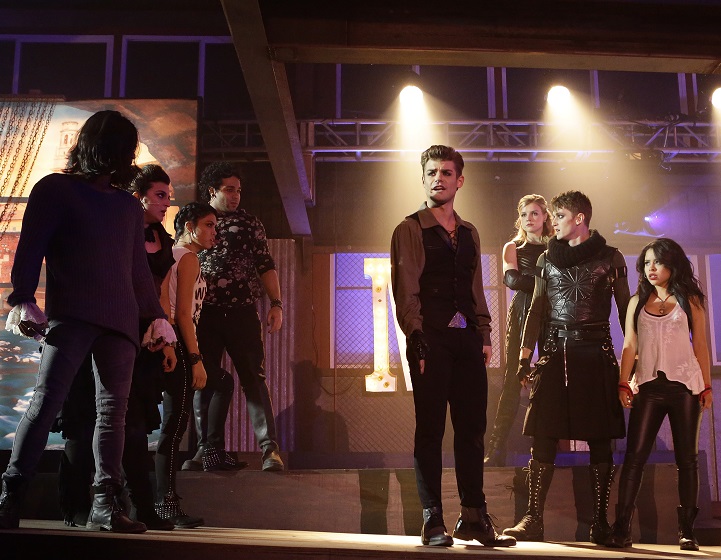 BREDEWEG | I will second that — “Brave” is my absolute favorite moment in the show. I’ll never forget the day we were shooting that. [Cierra] just broke me wide open, and it was exactly what I had always envisioned. So for me, that number is really special. And then I also love “Unbreakable.” The big number when the two families come together for the first time and they go at each other is pretty electric.

Fosters fans, press PLAY above to watch a sneak peek of Mariana and Mat’s masquerade smooch, then hit the comments with your thoughts.