The best of times may beget the worst of times, when Marvel’s Daredevil serves up Season 2 this Friday via Netflix.

Picking up about six months after the events of Season 1, the superhero series finds its titular crimefighter “functioning at his best,” star Charlie Cox tells TVLine. “Matt and Daredevil have enjoyed a period of time where everything’s been going brilliantly well. Wilson Fisk is behind bars, the crime rate has plummeted because everyone is aware of Daredevil his work….”

As a result, lawyer-by-day Matt Murdock “has grown in confidence, he’s more self-assured,” Cox reports. In fact, “There is a swagger and an arrogance to him now. When I read the first episode of Season 2, at the end of the opening credits sequence it specifically said that there’s ‘a smile on his face,’ and I remember thinking, ‘We’re meeting a Matt Murdock who’s enjoying being Daredevil more than he ever has.’ He kind of probably believes that he’s ‘nailed it,’ and things will only get better from here on out.” 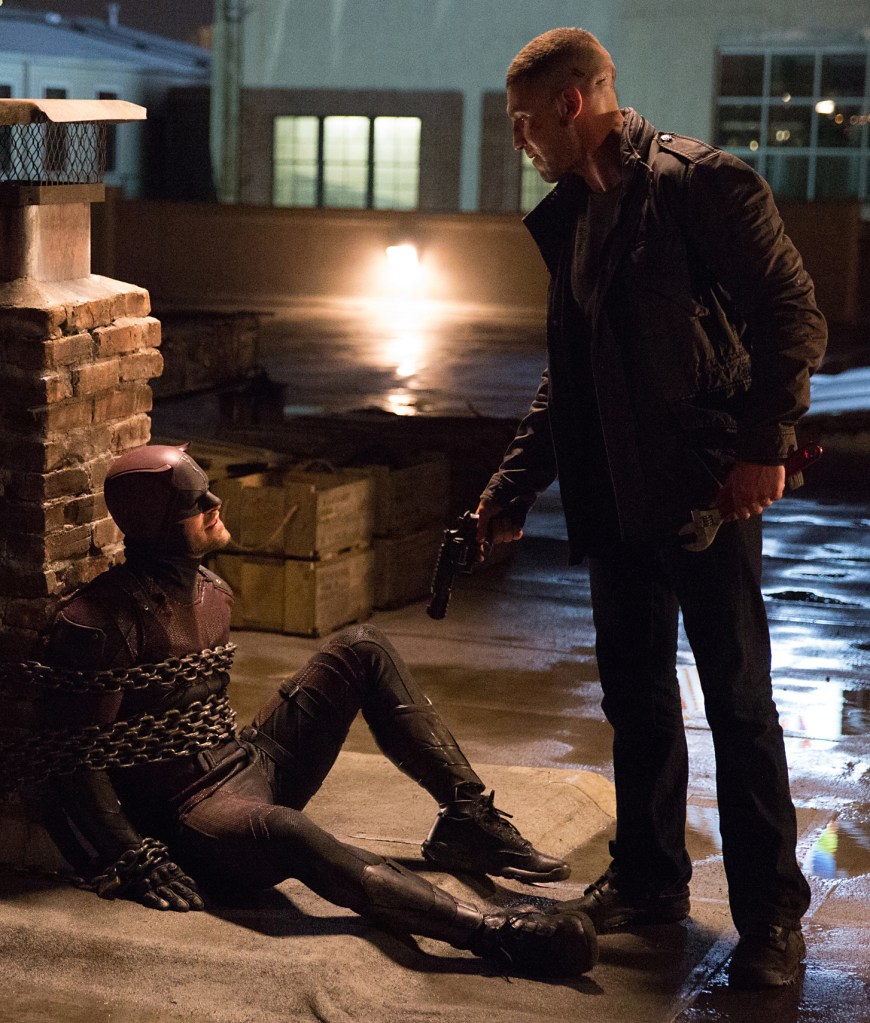 Daredevil’s primary Season 2 adversary is Frank Castle aka The Punisher (played by The Walking Dead alum Jon Bernthal). Out to avenge his family’s murder (by using any brute force necessary), he presents a quite different foil for our sightless superhero. “When Matt initially meets Frank Castle, it’s very easy for him to pigeonhole him, in the same way that he did Wilson Fisk,” Cox says. “But what happens very quickly after that is he has to consider another possibility, which is that these two people are actually much more similar than they are different — which is of course an incredibly scary prospect for Matt.”

Another way that The Punisher will inflect pain on Daredevil is by planting the idea that a good guy in a way gave birth to this evil. “Matt’s  also got to consider the possibility that he himself is responsible for the emergence of people like Frank Castle, and that’s a pretty tough emotional journey that he has to go through,” Cox previews.

On the (comparatively) lighter side of things, Matt will also get a blast from his past, in the form of ex-girlfriend Elektra Natchios (played by Elodie Yung), a stealthy assassin who may do damage to more than Hell’s Kitchen hoodlums.

“I knew that it was going to throw a spanner in the works in terms of Matt and Karen’s romance, which has been kind of hinted at from the very beginning,” Cox shares.  “I also assumed that it would change a little of the fight sequences, 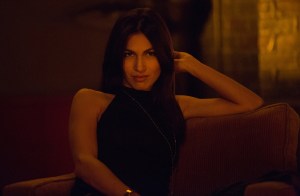 in that Matt would have some help in some of his Daredevil endeavors! We needed to throw something into the mix to spice up the action sequences this season.”

Talking up Season 2’s Episode 3 clash, Cox says, “What was nice about doing that scene is it was almost exactly a year off from the [original ‘one-shot’] sequence, and I remember thinking, ‘Wow, this is a tall order. Obviously we’re going to try to ‘pay homage’ to the scene from Episode 2, Season 1 — is that something we should even attempt? But I had complete trust in Phil Silvera, the stunt coordinator, and [stunt double] Chris Brewster, who are really the best in the trade at what they do.”

Adding to the challenge for this epic encounter was the fact that the three-day, summertime shoot marked Cox’s first extended stint in Daredevil’s new suit. “It was very, very hot in New York, and it begins with me carrying Jon Bernthal over my shoulder for about a minute and a half — and that guy is heavy, pure muscle!” the actor reports with a laugh. “So before I even threw a punch or a kick, I was sweating through my suit. It was a huge challenge for everyone, including the camera operator, because most of it takes place in a stairwell, but it’s one of my great memories of Season 2, and the thing I’m most excited for the fans to see.”

Want more scoop on Daredevil, or for any other show? Email insideline@tvline.com and your question may be answered via Matt’s Inside Line.