If the end of Tuesday’s Teen Wolf finale felt a little too much like happily-ever-after for you, fear not — there’s plenty of hellish mayhem on the way in Season 6.

TVLine spoke with showrunner Jeff Davis about the episode’s most intriguing developments, how they’ll affect the show moving forward and, of course, what we didn’t see in the finale. For example:

“This was the first episode where ever actually did time compression,” Davis revealed. “It’s when the episode is a minute too long for airing, and we use a company that removes fractions of frames so we can cut a minute out of the episode. I couldn’t cut anything. It was impossible.”

Read on for our full Q&A with Davis, including his thoughts on Allison’s lingering presence, the mystery of Kira’s disappearance and the promising future of — wait for it — Stiles and Lydia! 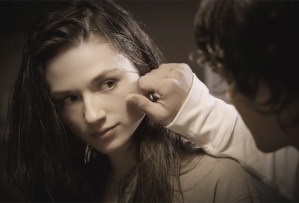 TVLINE | Allison played a surprisingly big part this season. Can you talk about the decision to honor her character the way you did?
There are two things to it: We loved the idea of writing a love letter to Allison, and also to Crystal Reed. When we were able to get her back for that episode, we were able to tie it into the plot, even the way she looked. It was another way for us to have Allison save Scott’s life, to show that these incredible relationships and bonds survive even after death. She can still save his life, even from beyond the grave. It was also a way of starting to hand the baton over to Teen Wolf 2.0. It is a very different show now, so we acknowledged the past while also moving towards the future. We’re seeing our high school kids on the way to graduation. It’s a strange thing doing a teen show that lasts four seasons, because they do eventually have to grow up. … I don’t think we want to have to change the title to Adult Wolf or Man Wolf.

TVLINE | Am I crazy for hoping that whatever crawled out of the machine at the end will be played by Crystal Reed?
[Laughs] That was the Nazi werewolf! I can absolutely confirm that the soldier has left the machine and will be a part of Season 6, a threat. It was something we were planning for a while, and we weren’t sure if we were going to use that final shot, but once we started shooting Season 6, we figured we might as well use it.

TVLINE | That’s bad news for Malia. Speaking of, should we expect to see the Desert Wolf back in the near future?
[Laughs] That depends on how Riverdale does. We were really happy with Marisol Nichols on the show, and we’d love to have her back. Malia’s relationship with her parents is always interesting, and you might see another parent show up soon. 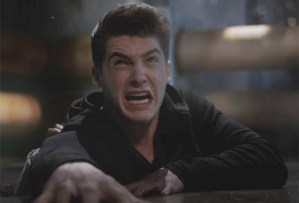 TVLINE | How about Theo: Dead or alive?
I think he got his just desserts in the end, but I will say that we really like Cody Christian. We wanted to make sure we didn’t kill him, so we could possibly bring him back.

TVLINE | It seems like everybody got the ending they deserved. A lot of loose ends were tied up.
We absolutely wanted to do that. After the ending of 510, where we saw everyone at their lowest, we wanted to slowly bring everyone back up again, rebuild the pack. … That way, we could also get back to fun high school stuff, like seeing Coach again and getting Stiles back to humor.

TVLINE | Stiles has been on fire these past few weeks.
I remember being on set and demonstrating for the director exactly how Stiles should fumble the gun. The director asked me, “So, do they direct?” And I was like, “No, they should just stare at the gun on the floor,” and he should say, “I probably shouldn’t have a gun.” It’s fun to do moments like that, and I love that our show has a sense of humor.

TVLINE | Let’s talk Parrish: What’s next for him after all of this?
He is back in the world of being a deputy, and he’ll have to come to terms with what it means to be both supernatural and human. He’s definitely got some learning to do. His job wasn’t necessarily to kill the Beast, but to slow the Beast down enough. Was he the hero he was supposed to be in this last episode? He’ll be dealing with that in Season 6.

TVLINE | And I imagine Mason will be experiencing some repercussions from everything he’s been through?
We’re still debating that in the writers’ room as he develop Season 6. How much do we want this to effect Mason? Do we want his character to change? One of the things we like most about his character is that he’s utterly optimistic. He’s got this unflagging enthusiasm, so I don’t know how much we’re going to darken his character. He’s sort of a beacon of light for the other characters, and now that he’s human again, we’re most excited to see him being funny.

TVLINE | As long as Corey’s sticking around.
Yes, we’re going to explore that relationship — quite a bit, actually — in Season 6. 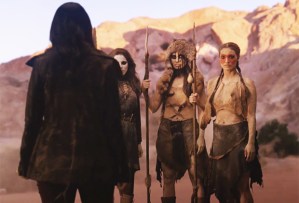 TVLINE | Lastly, the fans are worried about Kira, who apparently loves to leave town. Why was she gone so much this season, and when can we expect her back?
There are some big changes coming to the show next season; you’ll have to wait and see the fate of Kira. It was partially because we wanted her to go down a difficult path. We wanted to see her with her mother in the desert, to make sure we gave her a full episode to explore her character. As for certain characters not being in certain episodes, it’s a lot like The Walking Dead — some episodes, we just focus on different characters. It’s about where the show and the characters are all headed as we start to hand things off to our 2.0 characters. We’ll see the older ones graduate and go off and have other lives.

Your thoughts on Davis’ teases? Drop ’em in a comment below.