If you’re not at all concerned about Parrish as he prepares to battle the Beast of Gévaudan in Tuesday’s Teen Wolf season finale (MTV, 9/8c), you might want to reconsider exactly what’s at stake here.

“It looks like Parrish and the Beast are going to square off with only one of them surviving,” star Ryan Kelley tells TVLine. “Will Parrish even make it out alive? And if he does come out victorious, what’s his purpose? Not to mention he’s supposedly dead already, as we heard that ‘Jordan Parrish is no more.’ There are a lot of factors in play here.”

Bellow, Kelley offers up a few more finale teases, reflects on the most surprising moments from his time on Teen Wolf, and even discusses the apparent return of “Stydia.”

TVLINE | How many uniforms do you think Parrish destroyed this season by turning into a hellhound? I feel like you’re always on fire.
[Laughs] Yeah, you don’t see him much in a uniform this season, do you? That’s actually a running joke on set. During the first two seasons, no one would recognize me if I wasn’t in uniform; I would literally walk around set and some of the crew members would be like, “What’s this guy doing?” Now, if I have clothes on, people are like, “Whoa, what happened to you?”

TVLINE | Which surprised you more: finding out Parrish is a hellhound, or finding out that he’s technically dead?
Probably being a hellhound. Even though Parrish is technically “dead” — and I’ll admit don’t really know where that storyline is going — I have to imagine that he’s somehow still around, at least part of him. This is Teen Wolf, so if there’s any way he could come back, I’m sure he will.

TVLINE | He was really opposed to embracing his hellhound side early on. Is that starting to change?
I think he’s starting to listen to Lydia, who went through a very similar journey. He hasn’t won many fights against the Beast, but he knows he has a chance. He’s that Boy Scout-type person who will help if there’s any hope. Whether it’s good or bad, he’s willing to embrace the hellhound to save his friends and the town.

TVLINE | Since you mentioned Lydia, how do you feel about her connection with Parrish? I have to say, it really seems like she’s moving back towards Stiles.
From a fan perspective, I love what [showrunner] Jeff [Davis] is doing, teasing Stiles and Lydia. And it might not be a tease! Parrish is such an intriguing character for Lydia; they’re both harbingers of death, so they have that supernatural connection. I’ve always wondered if they have a friendship, or if there’s a little more there. She’s a beautiful girl, so Parrish would be stupid not to be attracted to her, but he’s got a lot on his plate right now. The writers keep us on our toes.

TVLINE | What’s been your favorite part about this journey you’ve been on with Parrish for three seasons?
Half of the time, I’m on the edge of my seat with the fans. It’s been a very interesting ride from when I started on the show. I’m nowhere near where I thought I’d be. I originally thought I was going to be a human hunter!

As a reward for reading this Q&A, enjoy this fun hellhound-ish shot of Kelley from a recent photo shoot, then drop a comment with your hopes and fears for the finale below. 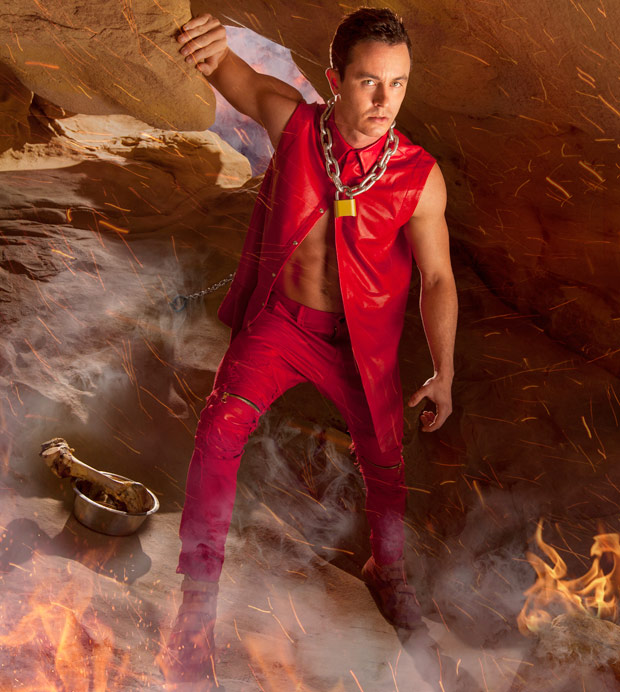