I’m not going to kvetch about American Idol failing to reward one of its dozens of worthy grads with a Thursday-night performance slot — there are only six weeks left, after all! — and instead using it to promote the doing-just-fine-already former X Factor judge Demi Lovato.

I won’t complain that the show’s producers learned nothing from last season — and have once again returned to a format where current contestants spend two hours waiting with nervous anticipation to find out which of ’em are at risk of elimination, then carry said jitters into their performances after Ryan’s “get up and sing!” vote-total reveals. (Why not announce the Bottom 3 at the top of the episode — and have them perform first — then let America’s top vote-getters exhale and Shoop Shoop Shoop, Shoo-Be Doop Shoop Shoop…)

You think I’m going to wring my hands that after being given an unprecedented amount of power to choose the Farewell Season Top 10, Harry, J.Lo and Keith once again were allowed to meddle with America’s choice, and save one person from the Bottom 3? I kinda sorta want to…

Instead, however, I’ll channel the late, great Bernie Mac and ask, “WHAT IS WRONG WITH YOU, AMERICA?”

I could be referring to the Trump Ascendancy (not a new Matt Damon thriller, unfortch), but rather, the Idoloonie Nation choosing Lee and Tristan (have we forgotten their unspeakable pitch problems from last week?) over Avalon and Olivia.

We have’t seen this kind of next-level voting foolery since Katelyn Epperly and Lilly Scott were sent to the Hunger Games so that Paige Miles and Lacey Brown could advance. (OK, OK, I’m forgetting Lazaro Arbos’ sixth-place finish on Season 12, but I think it’s better if we just place that whole mess in a box marked “Repressed Memories.”)

Anyhow, let me get crackin’ on letter grades for this week’s performances — bearing in mind I’ll be back overnight to update this URL with more detailed reviews.

Sent to Safety (in Order of Performance)
Dalton Rapattoni — Imagine Dragons’ “Radioactive” — Grade: C+ | Whether or not you’ve liked Dalton’s prior song rearrangements, there’s no denying the guy has been one of the more engaged and energetic contestants in Season 15. Which is why it was so jarring to see him deliver “Radioactive” with so little oomph that I wanted someone to come wrap him in a foil poncho and hand him a bottle of electrolytes when he’d finished. The way Dalton’s voice faded into the background at the ends of phrases — and that blaring bit of harmony that I’m 90% sure didn’t come from his mic — made for a head-scratcher of the highest order.

Lee Jean — Kings of Leon’s “Use Somebody” — Grade: C- | J.Lo really stretched in an attempt to be nice — “You have more voice in you than you know!” she exclaimed — but listening to Lee’s decent but not fully matured voice attempt to growl out Kings of Leon’s hit was akin to standing around at the gym and watching an arthritic grandmother try to bench-press 400 lbs.

Sonika Vaid — Kelly Clarkson’s “Since U Been Gone” — Grade: B | Wait, were the judges tougher on Sonika than they were on Lee? Of course, because she doesn’t have a penis! (Did I just type that? Oh yeah, I went there.) Look, Sonika’s playful hand gestures and eye intensity helped carry through last week’s “I’m suddenly fierce!” story arc. And the vocals on this challenging number were mostly in tune. But Keith was right that she needed to infuse the lyrics with more fire and “angry girlfriend” energy. And also maybe not cover Kelly Freakin’ Clarkson, y’know?

MacKenzie Bourg — Whitney Houston’s “I Wanna Dance With Somebody (Who Loves Me)” — Grade: B | I actually dug MacKenzie’s midtempo, percussion-heavy flip of Whitney’s cheesy ’80s jam. What I didn’t love was how the background singers (including my beloved Allison Iraheta) did so much of the heavy lifting on the chorus — nor the way that MacKenzie went for a bunt rather than swinging hard at a number of the big notes. There’s a difference between understated and underwhelming, after all — and it’s MacKenzie’s job to know the difference.

La’Porsha Renae — Beyoncé’s “Halo” — Grade: B+ | Look, when I update my 30 Best Idol Performances of All-Time gallery in a few weeks, La’Porsha’s “Diamonds” will make the cut (unless she one-ups that epic moment between now and late March). So I do understand her brilliance. But despite the judges’ wildly enthusiastic feedback, I’d argue “Halo” fell well short of that gold standard. The mid-point a cappella breakdown — “Oh, I can feel it, I can breathe it” — meandered like a Randy Jackson critique, and I heard at least a half dozen questionable notes (or questionable melodic choices anyhow), to boot. All that and a bizarre costume that read Soul Train by Way of Mt. Olympus, and I’m comfortable saying when the season ends, no one will hold this up as a peak moment in La’Porsha’s trajectory.

Trent Harmon — Percy Sledge’s “When A Man Loves A Woman” — Grade: C+ | Trent, too, got high marks from the judges, but while he was far more technically accurate than last week, I agreed with Keith that the Mississippi waiter’s focus on avoiding face-pulling threw him off his game. So as much as I’m still obsessed with Trent’s audition — and am still hoping he’ll fit the Elliott Yamin-sized hole in this season — I can’t lie about him, either. So, if you’re a Trent voter, skip the rest of this paragraph, in which I’ll opine that the dude’s finished product this week had all the emotional oomph of a four-year-old staring at a bowl of beets.

Tristan McIntosh — Vince Gill’s “Go Rest High on That Mountain” — Grade: B- | Maybe Tristan deserves a B, given that her sweet and stripped-down Vince Gill cover marked her best vocal since her audition. But as much as her post-performance explanation about dedicating her song to her grandfather (who’d recently broken his back) was touching, I didn’t get a lot of that personal sentiment from the 15-year-old’s actual delivery.

Bottom Three (Performing for the Judges’ Sole Save)
Avalon Young — The Weeknd’s “Earned It” — Grade: A- | It’s rare to see a contestant attempt an overtly sexy vocal on Idol (Adam Lambert being an exception), but Avalon’s supple, stankface-inducing delivery — and her decision to remain seated on a stool from start to finish — created a delicious tension that sent good vibrations through every note. I’m a little worried about Avalon’s pre-performance interview hinting that she’ll never again leave her comfort zone — was “Stitches” really that big a stretch? — but for now, I’ll just basked in her well-deserved salvation.

Olivia Rox — Pink’s “Trouble” — Grade: B- | Based on last week’s “Unconditionally,” there’s no way Olivia should’ve been Bottom 3. No. Freakin’. Way. But there was something about her “Trouble” — the purple bomber jacket, the single glove, the practiced fist-pump — that came off like a kid dressing up and playing the rocker more so than actually being an artist who rocks out. Which isn’t to say the vocal was bad — heck, it was actually worthy of cracking next week’s Top 6, I’d argue — but it was also oddly bloodless. And thanks to America’s dumb-dumb voting, now the kid won’t get to redeem herself!

Gianna Isabella — Alicia Keys’ “If I Ain’t Got You” — Grade: C+ | You knew Gianna was doomed the minute she acknowledged in her intro package that the judges had warned her against “another grown-up song,” but then admitted she was going that route in spite of their advice. The jazzy opening verse was too shouty, the middle section too pitchy, and the end… well, let me just cut myself off there. It’s not like J.Lo upended the democratic process and saved the spawn of industry vet Brenda K. Starr, so there’s no reason to kick the 15-year-old while she’s down. Good luck to ya, Gianna!

OK, your turn. Vote for your fave performances in our poll below, then hit the comments and share your reasoning — and your thoughts about this week’s eliminations! 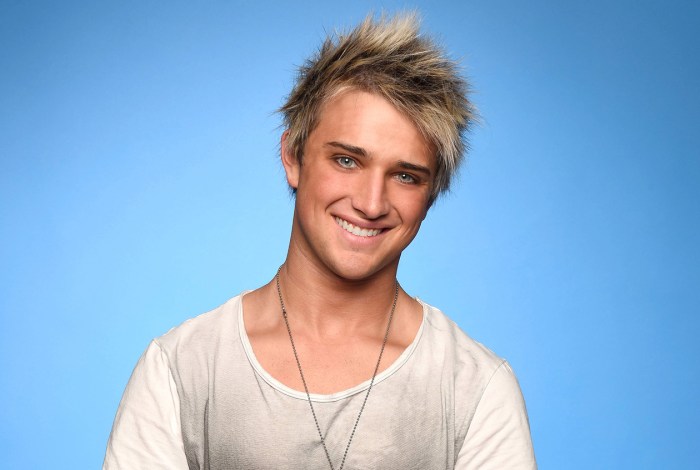