With The Big Bang Theory only picked up through next season, the comedy’s 10th, the stage is set for high-stakes negotiations between CBS and Warner Bros. on a potential 11th season. Of course, the first hurdle will be getting the principal cast to extend their own deals beyond Season 10 — although, from the sounds of it, they’re already emotionally signed on.

Asked by TVLine whether there’s an expectation that next season will be the show’s last, Big Bang‘s leading lady, Kaley Cuoco, quickly responds “No,” before adding, “I think it’s a given that we want to be here. That’s the overall consensus. It might be a sticky road, but if I have anything to do with it, we’d be here for much longer. That’s the goal.”

Jim Parsons echoes his co-star’s sentiment, telling TVLine, “If the opportunity to go past Season 10 came up, I’d be very hard-pressed to tell you who [among the cast] might say no — if anybody would. I wouldn’t.”

Parsons cites his continuing creative fulfillment playing Sheldon, a role which has so far netted him four Emmys, as a key factor in his desire to stay put. “The writers are still so devoted and on top of it,” he enthuses. “The stories that come out are still so much fun to play — there’s no drudgery aspect to this.

Things certainly continue to go well for CBS where Big Bang is concerned. In its ninth season, the series is averaging 15.7 million weekly viewers and a 3.9 demo rating, easily retaining its “No. 1 comedy” status over ABC’s Modern Family (12.6 mil/2.7). With Live+7 DVR playback, its weekly tallies swell to 21.2 mil/6.1.

For his part, current showrunner Steve Molaro is hesitant to think too far ahead. “All I know is [there will be a] Season 10,” he says. “I’ll keep pushing forward and, as we learn more, we’ll adjust if necessary… If everything keeps going the way it’s been going, absolutely [I’m up for more].”(With reporting by Rebecca Iannucci). 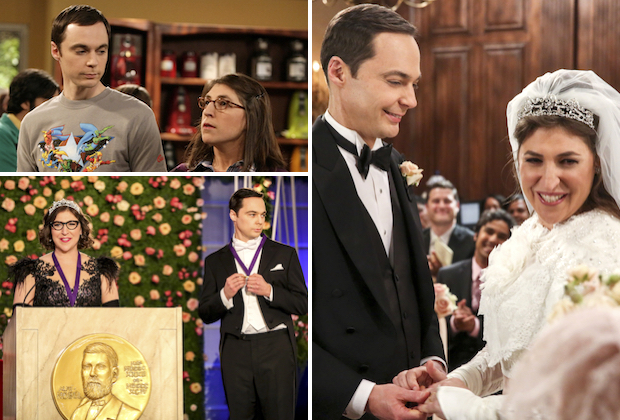