I know American Idol is no longer Godzilla emerging from the Ratings Ocean and stomping all over every other network’s primetime competition, but last week’s 8.2 million viewers (and 2.0 demo rating) is pretty dang respectable.

So, unless some sneaky employee in the 19 Entertainment accounting department has been siphoning all that “Moment Like This” coinage into an offshore account, riddle me this: How come exec producer Trish Kinane forced the Season 15 finalists to  tackle “favorite moments from the season so far”?

Look, I get that it’s a shortened season (with the finale slated for April 7). And I get that six of the 10 vocalists who performed tonight — along with the four who got “fast passes” from the judges — will be back again tomorrow… and that two performances in one week is a lot for an inexperienced contestant.

But we the people who have been standing before The House That Kelly Clarkson Built since it was just an abandoned lot in an about-to-be-gentrified neighborhood (and who watched all those dreadful sitcoms Fox tried to launch after half-hour results shows) deserve better, don’t we?

With only six weeks left of the best reality-competition show to never win an Emmy — Hrmmm… I sense a TVLine think piece in the making — it’s time for Ms. Kinane to spend at least as much money on clearing fresh songs as she spends on Keith Urban’s flat-ironing.

Anyhow, I’m gonna press pause on my kvetching and break down how this Wednesday’s unprecedented reverse Wild Card took place, then grade the week’s performances. (Bear in mind I’ll be back in an hour or so to explain my grades with more detailed reviews.)

All of these picks were totally unsurprising — except maybe the Trent. But if there’s anything Idol producers are adept at, it’s telegraphing their Chosen Ones early and aggressively. And of course, having mentor Scott Borchetta interject that the judges’ fast-pass picks lacked “country” and “alternative” was as close as the guy could get to waving “Vote for MacKenzie!” and “Vote for Tristan!” placards as you can get (without launching an FCC investigation).

Performing for America’s Vote (and the Six Remaining Spots in the Top 10)
Manny Torres — Stevie Wonder’s “Master Blaster” — Grade: B- | As usual, Manny worked the stage with an effortless confidence and adult-level hip sway that would look horrifying on younger contestants like Lee and Thomas. Yet while there was a little bit of rock edge percolating through the arrangement, Manny’s solid-but-unspectacular vocal didn’t stand out enough to inspire legions of voters, nor was it bad enough to make his fan base double down for fear he’ll be eliminated. Which is exactly why I’m expecting the guy to get eliminated.

Gianna Isabella – Screamin Jay Hawkins’ “I Put a Spell on You” — Grade: D+ | “I Put a Spell on You” is a ditty for a grown-ass adult in love with the wrong person and on the brink of a nervous breakdown. Giana, while intermittently in tune, delivered what should have been the desperate “I love you! I love you! I love you!” refrain with all the angst of a middle-schooler who’s learned that the cafeteria just ran out of curly fries, and she’ll have to go with tater tots. The slow, thoroughly rote clap-along from the audience was like a 1,000-word tone poem on the failure of Gianna’s performance.

Thomas Stringfellow – One Direction’s “Story of My Life” — Grade: C+ | I appreciated Harry pointing out that Thomas’ tendency toward a voice break or a squeak at the end of every line is nothing more than a bad habit that needs immediate breaking — but in Thomas’ defense, he took the same approach for all his prior performances and got glowing, “you’re in it to win it!” feedback. I actually found Thomas 25% less affected than in prior performances, but he also hit enough wonky notes to leave me a good 500 paces from his bandwagon.

Tristan McIntosh – Rascal Flatts’ “What Hurts the Most” — Grade: C+ | WHY MUST TRISTAN PICK GINORMOUS SONGS THAT CAUSE HER VOICE TO VEER INTO SHARP AND FROGGY PLACES? Whoops, I accidentally hit the caps lock button when I typed the prior sentence, but in this case, yelling feels right. Tristan failed to squarely hit at least a third of her notes, and yet we had Keith gushing about the 15-year-old’s newly uncovered vulnerability (as J.Lo interrupted with hoots of “beautiful!”)

Avalon Young – Chris Brown’s “Yo (Excuse Me Miss)” — Grade: A- | Not only did Avalon give one of the night’s few technically sound performances, but there was also a deep well of eyelash-batting flirtation in her delivery (and a refreshing commitment to not replacing the “she” pronoun in the lyric, either). When Avalon dipped her voice low on the final chorus, there was magic in the air. Or was it the start of a confetti shower? ‘Tis the time of year for such phenomenon, after all.

Jenn Blosil – Cyndi Lauper’s “True Colors” — Grade: B- | Jenn sang with as much or more earnestness than any other contestant this week — no small task considering her eyebrows were bedazzled with multi-colored sequins or gemstones or tiny pieces of shiny plastic. For the third straight performance, Jenn also struggled to maintain her pitch — a problem that roars to life when she takes liberties with a melody — but… at least the lady wasn’t boring!

Lee Jean – Ed Sheeran’s “Make It Rain” — Grade: C | In much the same way that Lee’s voice evaporates into the ether every time he reaches for a glory note or hits the end of a phrase, memories of this ho-hum performance — and Keith’s insane-person critique about shells on an Eastern beach — are almost certain to disappear from my brain by the weekend.

Sonika Vaid – Celine Dion’s “I Surrender” — Grade: B | Sonika is occupying the old-school pop-diva belter lane in a way we haven’t seen since Pia Toscano (or maybe Amber Holcomb). But mellifluous as her tone might be, Sonika needs to iron out her occasional wobbly notes and find a way to get even more invested in the emotional intent of the lyrics if she wants to overcome the muted edit she’s been getting from producers. If I was mentoring Sonika, I’d look for a lesser-known ballad (maybe Lisa Fischer’s “How Can I Ease the Pain”) that would give her a chance to show off her horsepower — without drawing emotionally disappointing comparisons to a widely known smash.

Jeneve Rose Mitchell – Johnny Cash’s “Ring of Fire” — Grade: C | Will you allow me a moment of dead honesty? Given all the power in the Idolverse (without the ability to time-travel back and save Jessica Cabral or Shelbie Z), I’d advance MacKenzie, Avalon, Sonika, Manny and Jenn — along with (ugh) Jeneve — to fill out the Top 10. Because while I didn’t really enjoy her downward shifts in Johnny Cash’s melody or the quirky tempo she adopted, I at least have to credit Jeneve with attempting to create something that was all her own. And on a night where too many pure vocalists botched their pitch, I’ll reward youthful hubris over carbon copies of performances from prior seasons.

MacKenzie Bourg – “Roses” (original track) — Grade: A | Not only does the former Voice contestant have a way wirh a lyric — “reach out and grab it while supplies last” made me grin — but his voice is as sweet and crumbly as a Nature’s Valley granola bar. How he’ll fare on an outside-his-box theme night with a limited song list remains a concern, but for tonight, MacKenzie need not worry: With “Roses,” he stood on top of the box, and absolutely crushed it.

OK, your turn. Vote for your fave performances in our poll below, then hit the comments and explain your decisions! 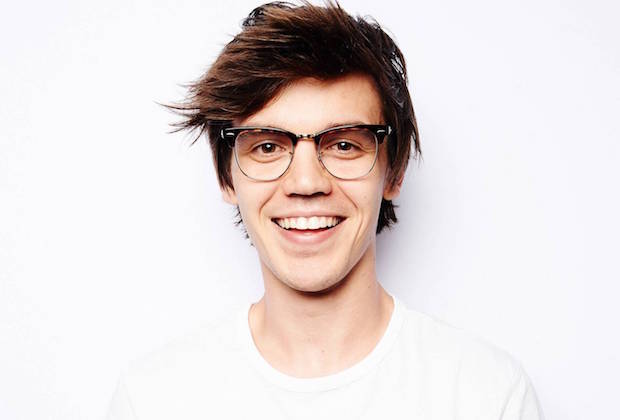