The following contains major spoilers from this Tuesday’s The Flash.

It was over a year ago that we first learned that Reverse-Flash aka The Man in the Yellow Suit was Barry’s kindly mentor Dr. Harrison Wells (or, you know, a facsimile thereof). This week on The Flash, another rival speedster — the sinister Zoom — was unmasked, and yet again there was a “friendly” face lurking underneath.

At the close of the episode “King Shark,” the masked maniac who has dogged Barry Allen and tormented Earth-Two’s Dr. Wells deposited Jay Garrick’s lifeless form inside his lair (“This… is a complication”) and then revealed his true self, 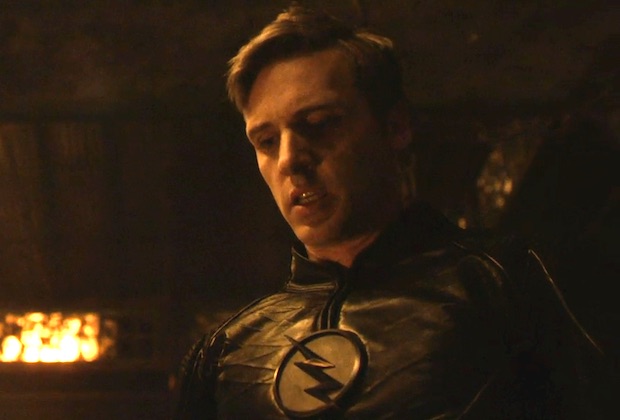 and he is… Jay Garrick, as in the speedster who had been hanging with Team Flash for months.

As in the man who melted widowed Caitlin’s cooled heart.

As in the fella who pointed out to us his own doppelganger and claimed that the bespectacled guy’s name was Hunter Zolomon — when in fact that is his own damning identity.

As in the poor sap who last week loitered too close to the speed cannon, allowing Zoom to seemingly reach through from the other side and kill him, then yank his body back to Earth-Two.

How can all of the above be true? After all, “our” Jay has been so nice. Vanilla, even. Heck, his only shortcoming has been that time he disappeared for a poorly timed… nap?

“I don’t think you can assume anything that Jay has said to the team or the audience is the full truth. It is a version of the truth,” Flash showrunner Andrew Kreisberg told TVLine via email.

And if anyone is surprised by the reveal, Kreisberg says the evidence was squarely placed in front of you in the aforementioned park scene.

“What’s funny is we showed that Jay’s doppelganger was Hunter Zolomon, and we assumed the comic book fans would say, ‘A-ha’ right away. ‘Jay must be Zoom.’ But I think that, like Barry and the team, they didn’t want to or just couldn’t believe it.”

The nitty gritty details about how Jay pulled off this despicable, sometimes improbable ruse will be detailed in the coming episodes (starting March 22). But until then, another (perhaps) related question: 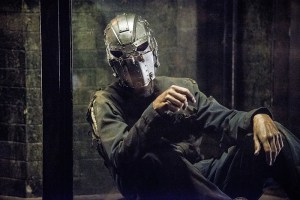 Is Zoom’s identity our biggest clue yet as to another, newer mystery — the identity of the imprisoned Man in the Iron Mask?

“The mystery of the Man in the Iron Mask will play out over the rest of the season with some clues being layered in along the way,” Kreisberg says. “When you do find out who it is, everything will make sense in a very satisfying way.”

What did you think of the Zoom reveal, as well as the nifty King Shark attack that preceded it?