So maybe the reveal of Oliver’s big secret in Wednesday’s Arrow won’t spell the end for his relationship with fiancée Felicity, after all?

Executive producer Marc Guggenheim shared on Twitter what appears to be a photo of the couple’s wedding, complete with the bride (standing!) in her gorgeous gown.

But we can’t help noticing that the nuptials don’t seem to be very well attended. Nor are Oliver and Felicity even holding hands. Could this actually be a bad dream? Or an impromptu ceremony forced by extenuating circumstances?

UPDATE: Guggenheim later tweeted, “Not a dream sequence. Not a hallucination. Not an alternate reality. Not a flash forward to a potential future.”

UPDATE #2: Mystery solved! According to an official episode description for the show’s return on March 23, the team learns Cupid (guest star Amy Gumenick) is “killing couples on their wedding day so Oliver and Felicity decide to pose as bait.” 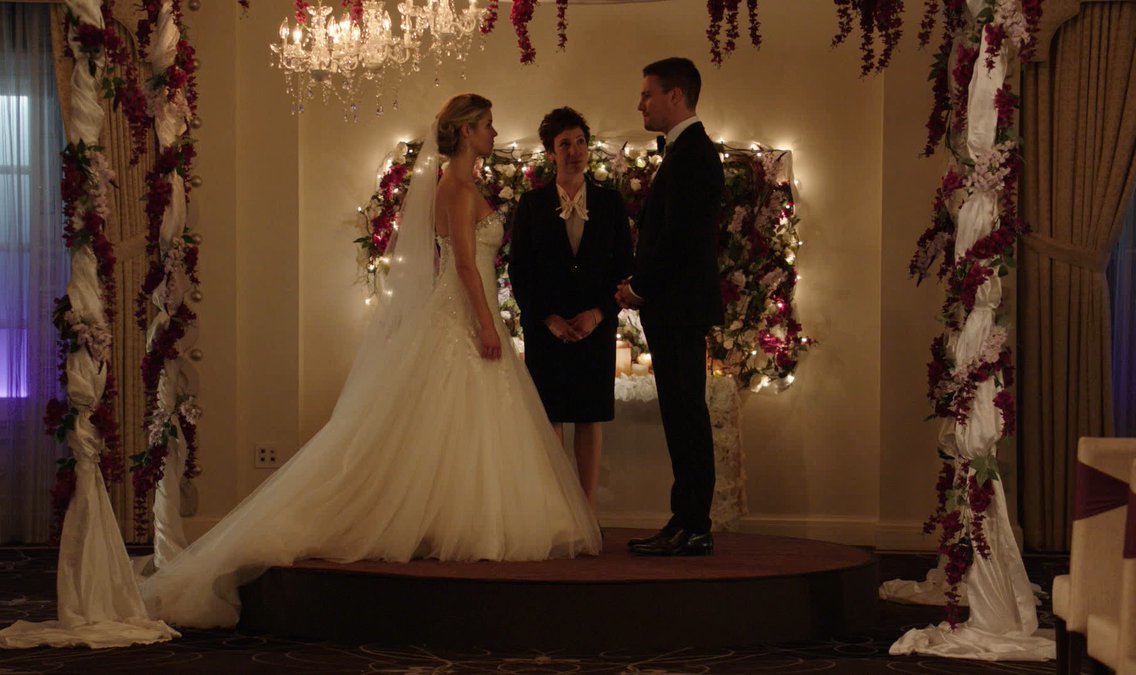